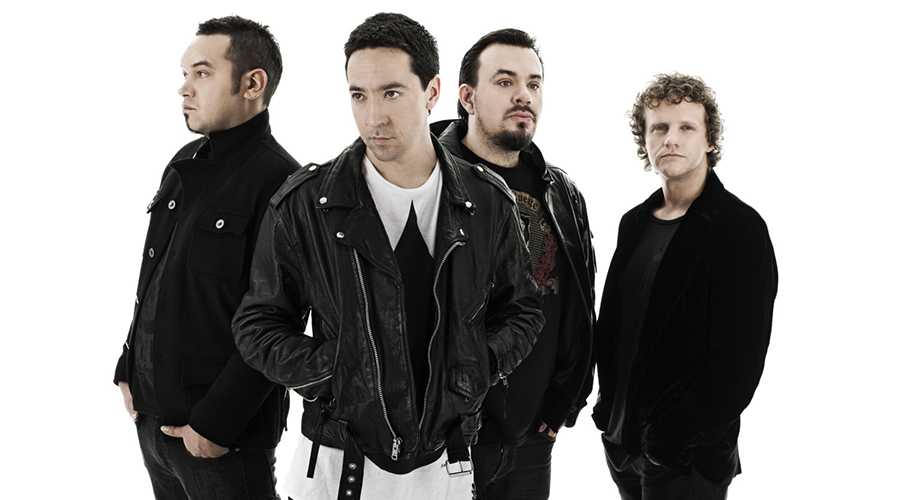 Shihad return to Australian stages this June and July for the first time since their FVEY tour in 2014, joined on the East Coast leg by Adelaide punk rock trio – Grenadiers.

In 1996 Shihad released what many consider to be their break through album; the Self Titled opus that became affectionately known as The Fish Album (in reference to the album cover image). Now in April 2016 The Fish Album is re-mastered and re-issued both digitally and on vinyl. Evolving from the semi industrial Churn (1993) through the heavy riff laden Killjoy (1995), The Fish Album bristled with a new found lightness of spirit as it collided with the maturity of a band fulfilling their potential as writers and incendiary live performers.

Finding a home with labels internationally Shihad toured The Fish Album around the globe relentlessly. Songs such as La La Land, Ghost From The Past, A Day Away and the breakthrough single Home Again burnt into the consciousness of rock fans from New Zealand to Germany where the band based themselves for a good portion of ‘96 and ‘97.

In 2015 Shihad demonstrated with the release of their ninth studio LP FVEY, that they are far from done, attracting glowing reviews “Shihad are well and truly back and have taken an unlikely turn to produce what might just be the best album of their 26 year career.” Fasterlouder. And spawning the fierce single ‘Think You’re So Free’ and confirming their position as one of the hardest hitting, durable acts of modern rock n’ roll.

There aren’t many bands that endure with such a cache of riches while continuing to demonstrate a surging hunger to evolve and perform. After twenty-eight years together, they just keep getting better, delivering LP’s and live shows with an intensity that leaves their younger contemporaries for dead.

2015 was a break-out year for Adelaide punk rock trio Grenadiers. After the release of their second full-length album Summer things took off for the Adelaide trio. The band scored a Triple J Feature Album, toured nationally with both British India and Unwritten Law, and smashed their own high-energy headline shows nationwide. In their hometown they picked up the gong for ‘Best Group’ at the South Australian Music Awards, supported national treasures Cold Chisel, tore apart the Triple J studios on Like A Version, and were nominated for the Australian Music Prize.