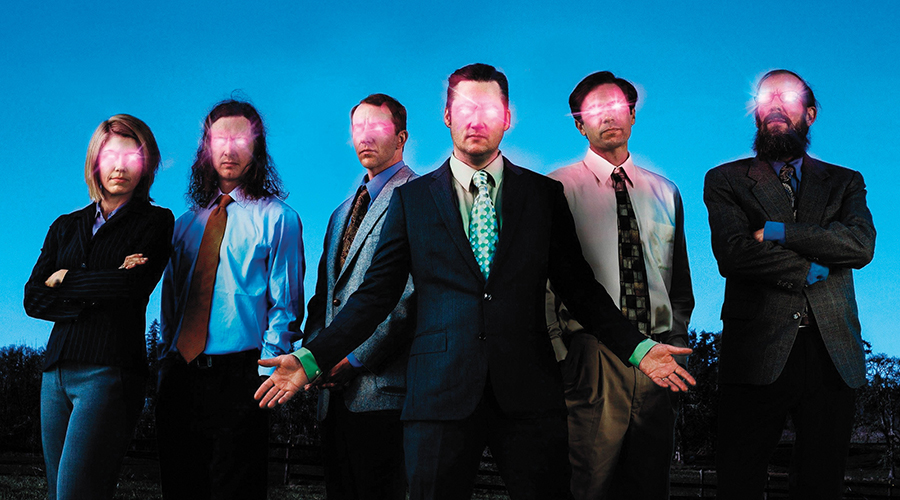 The long-awaited return of one of America’s best-loved indie rock outfits – Modest Mouse – has been announced. They’re currently all over the airwaves with infectious singles like ‘Lampshades On Fire’ and ‘Coyotes’, while fans first fell in love with them thanks to older favourites such as ‘Dashboard’, ‘The World At Large’ and, of course, the unforgettable ‘Float On’.

Making their first visit to our shores since 2011, the Grammy nominees will play Sydney’s Enmore Theatre on Monday 21 March and Melbourne’s Margaret Court Arena on Wednesday 23 March.

With 2015’s recently released Strangers To Ourselves (out now through Epic/Sony Music Australia) – Modest Mouse’s first album in eight years – fans and critics alike rejoiced in the band’s return, the record proving yet another hit in their already impressive cannon. The disc reached #3 on US Billboard’s 200 Album chart and #1 on the Rock, Alternative, Vinyl and Internet charts upon release. Here in Australia, Modest Mouse’s solid fan base saw their latest creation debut at #15 in the ARIA Album Chart, with plenty of spins on triple j, RRR, and other community stations across the land.

Formed in 1993 in Issaquah, Washington, Modest Mouse redefined the indie rock scene, particularly that of the fertile Pacific Northwest. Led by songwriter/frontman Isaac Brock, the group – now a six-piece – announced their arrival via 1996 debut This Is A Long Drive For Someone With Nothing To Think About. Their fourth release Good News For People Who Love Bad News (2004) which enthralled wider audiences, who turned the cultish, college favourites into a mainstream success story. Including the global hit ‘Float On’, Good News… would go onto earn Modest Mouse two Grammy nominations and sell over 1.5m copies.

With 2007’s acclaimed We Were Dead Before The Ship Even Sank – a #1 smash in the US – Modest Mouse’s reputation was further cemented. 2009 brought EP No One’s First, And You’re Next, which hit #2 on the Digital Album Billboard charts and featured ‘King Rat’, whose video was directed by late actor Heath Ledger.

In new album in Strangers To Ourselves, 15 new tracks were recorded at Ice Cream Party in Portland, Oregon… a studio owned by Brock. It’s a fully professional set-up, where recording and mixing for their latest effort took place. Strangers To Ourselves features James Mercer (The Shins), who sings back-up vocals across the album, as well as Jim Fairchild (Grandaddy), Dann Gallucci (The Cold War Kids) and more. Reviewers immediately praised the album’s ambitious new sound and Brock’s trademark lyrical honesty.

Modest Mouse has headlined festivals such as Sasquatch among others, and toured countlessly worldwide, with recent US TV appearances including ‘The Late Late Show with James Corden’ (they were the first band to perform on the comedian’s talk show), ‘The Tonight Show with Jimmy Fallon’, and CBS’ ‘This Morning’.

Don’t miss the majesty of Modest Mouse on their first Australian dates since 2011! Tickets on sale Friday 22 January.