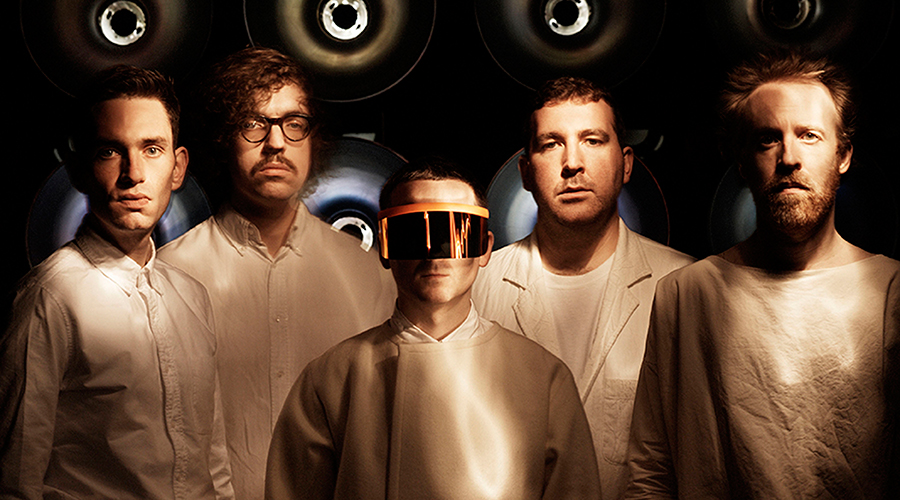 They have been heralded as one of the most innovative electronic acts in contemporary music who have had audiences dancing across the globe. Hot Chip will perform headline shows in Melbourne, Brisbane, Perth and Sydney in January alongside their appearance at Sugar Mountain 2016.

Hot Chip’s 2006 sophomore album The Warning announced their unique style to tastemakers worldwide, breaking them into the mainstream with magnetic singles ‘The Boy From School’ and ‘Over and Over’. They returned two years later with darkly romantic third album Made in The Dark, reaching #4 on the UK albums chart and earning a Grammy nomination with the unstoppable single ‘Ready For The Floor’. In 2010 they released One Life Stand, an album that vocalist Alex Taylor called “the most warm and soulful sounding record we’ve made” and continuing their standard for smooth, electro-pop anthems and accompanying avant-garde videos with singles ‘One Life Stand’ and ‘I Feel Better’. Described by AllMusic as one of their “most confident, joyous, and danceable albums yet”, fifth album In Our Heads debuted at #19 in the ARIA albums chart and was featured in music devotee bible 1001 Albums You Must Hear Before You Die.

Having set a precedent for high accolades with each successive release, Why Make Sense? (out now through Domino) is arguably Hot Chip’s most beloved album to date. Featuring the superb singles ‘Huarache Lights’ and ‘Need You Now’, Why Make Sense? conveys a band at the height of their mastery; weaving now trademark shadowy synths and kinetic beats with melancholy lyrics recalling the finest of post-punk.

Last week they released the 4 track ‘Dancing In The Dark’ EP that features an epic seven minute reinterpretation of the Springsteen classic and a reworking of Why Make Sense? cut ‘Cry For You’ and a remix of ‘Huarache Lights’ from both Soulwax and A/Jus/Ted. They also released a video for ‘Dancing In The Dark’ with live footage recorded at Webster Hall in NYC and were joined onstage by notable influence David Byrne and DFA alumni Sinkane.

Earlier this month Hot Chip were announced as a headliner on the esteemed Sugar Mountain 2016 line-up, adding yet another notch to their international festival belt that includes Glastonbury, Sónar, Lovebox Festival, Coachella and T in the Park. Celebrated for reinventing their studio compositions into dazzling spectacles when performed live, the band collected high acclaim on their last Australian tour in 2013.

Joining Hot Chip as special guests will be Empress Of and Australia’s own Touch Sensitive. Appearing at their Brisbane and Perth shows will be New York based, Honduran-American singer-songwriter Empress Of who released her debut studio album Me through XL Recordings in September of this year, quickly earning the title of ‘Album Of The Week’ from Stereogum and scoring a four-star review from The Guardian. Having performed alongside the likes of Disclosure and Cut Copy, Touch Sensitive has quickly carved a name for himself as Future Classic’s virtuoso of synth with tracks like ‘Body Stop’, ‘Pizza Guy’ and Anna Lunoe collaboration ‘Real Talk’ that spent 5 months at the top of the Beatport indie-dance charts.

Innovators in the truest sense, Hot Chip’s live shows are a dazzling blend of genre and sound that grab a hold of your head, hand and heart. With a brand new collection of tracks just begging to be performed for Australian audiences and with special guests Touch Sensitive and Empress Of along for the ride, these shows are not to be missed. Tickets aren’t going to stick around, act fast and make certain you are ‘ready for the floor’!