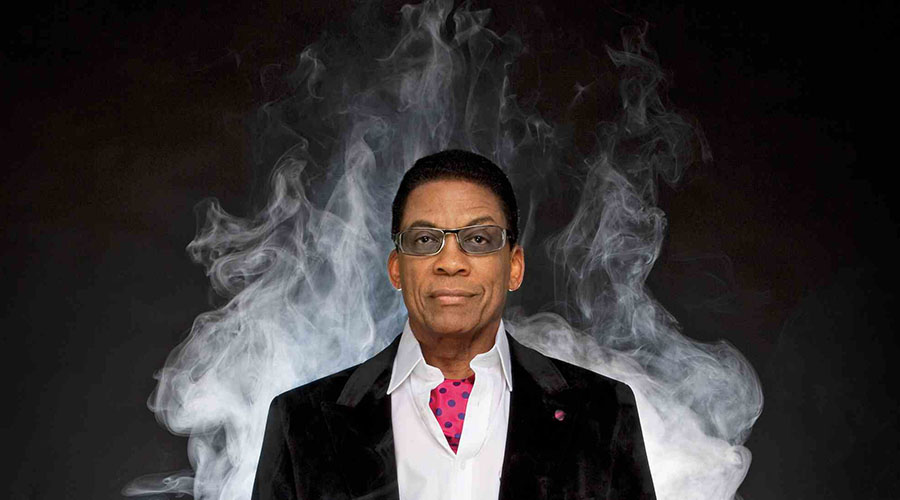 Herbie Hancock returns to Australia for a national tour!

One of the most revered and controversial figures in jazz, the innovative and influential living jazz legend, Herbie Hancock, returns to Australia and New Zealand this June. Hancock is joined by a line-up featuring long-time band members, virtuoso drummer Vinnie Colaiuta, bassist James Genus and guitarist Lionel Loueke.

Herbie Hancock is a true icon of modern music. Having transcended limitations and genres with his unmistakable voice, his illustrious career, now spanning into its sixth decade, has seen the “master of jazz” claim a staggering 14 Grammy® Awards including Album of the Year and a Lifetime Achievement, an Academy Award for his Round Midnight score, a Kennedy Centre Honours Award, five MTV Video Awards and six honorary doctorates. As the immortal Miles Davis said in his autobiography, “Herbie was the step after Bud Powell and Thelonious Monk, and I haven’t heard anybody yet who has come after him”.

The author of modern-day standards such as “Cantaloupe Island”, “Chameleon” and “Rockit” in addition to hundreds more, Hancock’s prolific recordings have provided samples for generations of hip-hop and dance artists to come. He has produced long-term and iconic partnerships with other artists ranging from Wayne Shorter, Stevie Wonder, Tina Turner and Annie Lennox to Snoop Dog, Flying Lotus, John Mayer and Paul Simon. Jazz aficionados and fans alike can expect to hear a couple of classic staples, surrounded by a fluid mix of Hancock’s extensive catalogue.