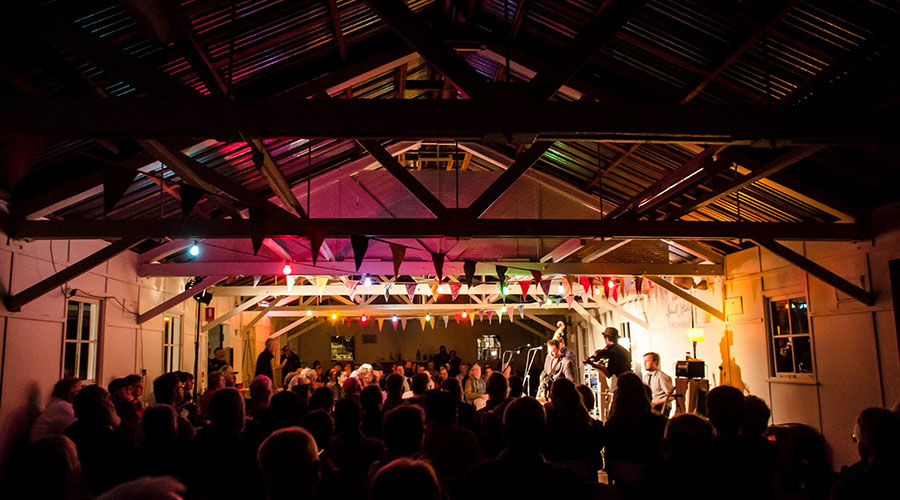 Festival of Small Halls has announced that The Jellyman’s Daughter (SCO) together with Ash Bell and Sara Tindley (AUS) will feature on their upcoming Spring Tour 2019: Dorrigo to Queenscliff.

Presented in partnership with major Australian festivals Dorrigo Folk and Bluegrass Festival and Queenscliff Music Festival, the Spring Tour 2019 will kick off in the rolling hills of Dorrigo, NSW, cross the sunburnt outback of western Queensland and conclude on the sunny Victorian peninsula of Queenscliff.

The route sees the popular regional music tour take in three states over four weeks in October and November and will include some of Queensland’s most alluring reasons to take a road trip this spring.

Festival of Small Halls is Australia’s largest music tour dedicated exclusively to regional, rural and remote Australia. Producer Eleanor Rigden says programming the tour hand-in-hand with some of Australia’s biggest music festivals means regional communities can leverage access to the same standard of arts and culture as their metropolitan counterparts.

“These towns are some of the friendliest, most welcoming places I have ever been to,” said Ms Rigden.

“We’re inviting people to come away with us, plan a road trip and really experience the double whammy of this brilliant music alongside the country hospitality and hosts that just have to be seen to be believed.”

Hailing from Edinburgh, The Jellyman’s Daughter are one of Scotland’s most innovative new exports and are looking forward to the unique exposure of the tour.

“We couldn’t be more excited about our first tour of Australia,” said band member Graham Coe.

“It will be both of our first times over there and we’re looking forward to playing our music to a bunch of friendly Australian faces on the other side of the world, meeting some dangerous animals and finally getting to experience some (real) hot weather, said Graham.

“We’re also excited about getting out of the cities and seeing the diversity in the communities – touring is really the best way to properly experience a country and we’re super grateful that we’ll have the opportunity to do that in Australia.”

Described as a blend of bluegrass, post-rock, folk and soul music, The Jellyman’s Daughter promise “harmonies that squeeze the heart” and cello playing that can be “as percussive as a drum, as grounded as a bass or as sweet as a fiddle” (The Sunday Herald).

Ash Bell and Sara Tindley will ring familiar to many across the outback – Ash Bell comes from contemporary Australiana outfit and festival favourites The Starboard Cannons and is already looking forward to his second run with Festival of Small Halls. He’s formed a new partnership with Sara Tindley, who is fresh to the band from her fourth solo album, produced by Nick Didia (Bruce Springsteen, Powderfinger, Pearl Jam). Together they’ve created an iconic Australia roots sound which reaches down into the soul of the listener.

Tickets on sale from 22 August 2019 at www.festivalofsmallhalls.com