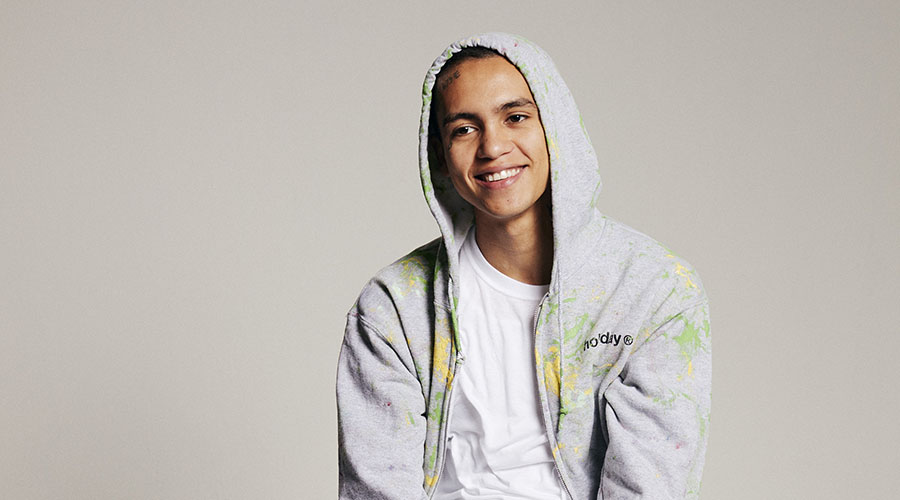 Shrouded in myth and legend at the age of 23, Fike is first and foremost well-known for his effortless style as he blends disparate influences like Jack Johnson, Brockhampton and the Red Hot Chilli Peppers into a multicoloured hybrid of generational experimentation.

‘3 Nights’ is the best example: an addictive bop complemented by a run-down rap that has caught fire all over the world, sending it to the top of the charts in the US, UK, NZ, achieving 3 x Platinum status here in Australia and amassing over 200 million worldwide streams.

‘3 Nights’ was taken from Fike’s debut EP Don’t Forget About Me, Demos, a 6-track collection originally released in December 2017. The EP reflected a tough upbringing while signalling an exciting future and was quickly embraced by the likes of DJ Khaled, Billie Eilish as well as Fike’s friend and fellow DIY desperado Yeek.

These types of juxtapositions are exactly what make Fike such an interesting (and popular) artist. His most talked about tattoo is a rendering of the famous Apple logo in the teardrop position – a misunderstood tribute to his sister which serves as a reminder of what he’s working towards.

With three new singles ‘Açaí Bowl’, ‘Rollerblades’ and ‘Phone Numbers’ just released, Dominic Fike is poised to push his origins into wider notoriety. As he gathers steam worldwide, his local fanbase await what will be one of the most anticipated debut tours in recent memory. Tickets for shows in Auckland, Brisbane, Sydney and Melbourne will be furiously sought after.