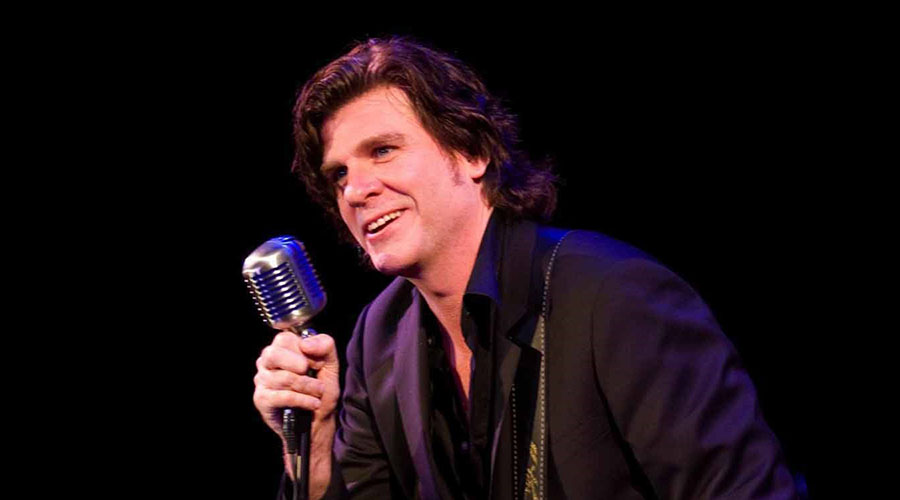 Celebrate the 10th Anniversary of The Man in Black – The Songs & Stories of Johnny Cash!

This year marks an auspicious anniversary for Tex Perkins, it is a decade since he first took to the stage with his award-winning The Man In Black – The Songs & Story of Johnny Cash show. Since its inception, The Man In Black show has been lauded by critics and fans alike. The show won Tex and his crew a Helpmann Award for Best Contemporary Australian Concert and any repeat performances have consistently sold-out around the country.

To celebrate the 10th anniversary of the show, Tex Perkins is taking The Man In Black out on the road to Western Australia, South Australia, Victoria, New South Wales, Queensland, Tasmania and the ACT.

It’s no surprise the show is embraced so much by music-loving audiences – there are few artists within Australia who can translate the work of ‘The Man in Black’ and bring it to modern day like Tex Perkins. His reverence for Johnny Cash’s career is evident in the way he approaches every song.

“I love this show,” he says. “I’ve loved being in it for the last 10 years and having the opportunity of putting on the boots of a legend, exploring the world of Johnny Cash. Even though it’s all about Johnny Cash, I’ve put a lot of myself into this show, intentionally and unintentionally. Despite us winning a Helpmann in the first 12-months of life, the show I truly believe, 10 years on is even better!”

Tex Perkins needs no introduction to Australian audiences, he is a legend within the Aussie music industry and is revered as one of the country’s rock n’ roll outlaws. It is said his affinity with Johnny Cash started in his earliest band and is an enthusiasm he hasn’t relinquished. After fronting The Cruel Sea, Beasts of Bourbon and touring with Tex, Don and Charlie and The Dark Horses, Tex Perkins has had an incredible and varied music career.

Johnny Cash made an indelible impact on the international music scene. From his rise to fame in 1954, he had a string of Top 10 hits, including Ring of Fire, Folsom Prison Blues and Don’t Take Your Guns To Town, to name a few. His #1 Billboard smash hit I Walk The Line made him a household name – and sat on the charts for 43 weeks! He has been inducted into the Country Music Hall of Fame and the Rock n Roll Hall of Fame, demonstrating the impact his music has had across multiple genres. He passed away in 2003 but is still considered one of the most influential musicians of all time, as his sales of over 50 million records will attest.

This could be the last chance for a while to see Tex Perkins reprise this award-winning role – and there will be no bigger spectacular than to experience The Man In Black than during the 10th Anniversary Tour.