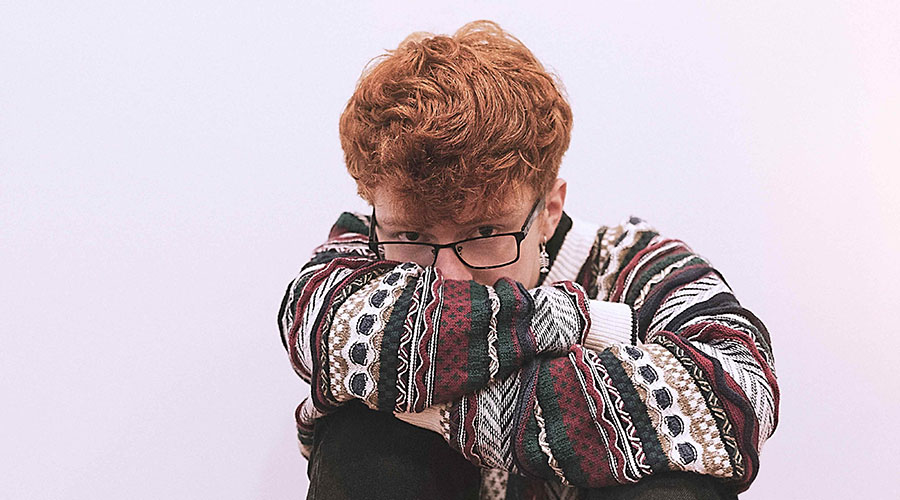 In an announcement bound to provoke scenes of jubilation amongst his flock of devoted followers, Robin Skinner – the 20-year-old UK singer / songwriter who performs under the alias of CAVETOWN – will make his first visit to Australia and New Zealand in early 2020.

Locking in shows in Melbourne, Sydney, Brisbane and Auckland (with an U18 or All Ages show in every city), Skinner will be drawing on a deep catalogue of confessional indie-pop mini masterpieces recorded alone in his bedroom and delivered directly to his millions of YouTube subscribers.

Support at these very special shows will come from Nashville-based artist spookyghostboy – a fellow bedroom artist and kindred spirit who will arrive fresh from sharing the stage with CAVETOWN across Europe earlier this year.

An artist devoted to maintaining a direct connection with his fans, CAVETOWN’s track ‘Lemon Boy’ (taken from his full length album of the same name) has amassed nearly 10 million YouTube views, allowing the super prolific Skinner to bask in a breakout that has been building since he began posting on his own channel back in 2013.

The son of a professional flautist and Cambridge University’s music director, he was always destined to enter the world of music, but it wasn’t until Skinner began to share his heart- rending tales of love and loss that he really began to grow into himself as an artist and performer.

“I didn’t want to write and play music just to make people feel better, that wasn’t my intention,” Skinner has said about his decision to begin sharing his music. “It was more to make myself feel better, initially but the fact that, along the way, my music has helped people is really cool.”

With this growing confidence in his craft and audience, he began self-releasing his work online, including 2015’s cavetown and 2016’s 16/04/16 as well as covers of likeminded artists such as twenty one pilots and Ed Sheeran.

These clips, which display both Skinner’s ability to devastate the listener with just his voice and an acoustic guitar or ukulele, as well as his fearless personality, became appointment viewing for his developing fanbase, with views regularly flying past 10 million.

“I speak about very genuine things and very personal things that I personally find hard to say,” Skinner explains. “That’s why I write a song about it. I think people relate to that”

The breakout success of Lemon Boy was no surprise then, with its quirky video clip also breaking streaming records and paving the way for CAVETOWN to sign with prestigious Sire Records (also home to Tegan and Sara).

Arriving in Australia and New Zealand on the back of the release of his latest mixtape Animal Kingdom, CAVETOWN’s tireless imagination and unbreakable, authentic bond with his fans will undoubtedly result in a spectacular night for both audience and artist.