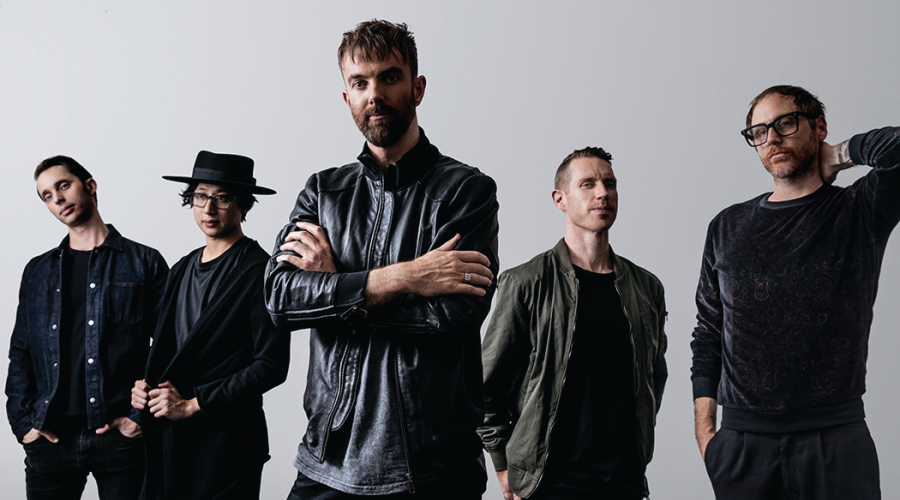 Birds Of Tokyo live in the studio on Nova 106.9’s Ash, Kip, Luttsy and Susie O’Neill!

Tune in to Nova 106.9 tomorrow morning (Friday August 23) from 6:00AM and catch Birds Of Tokyo live in the studio and being interviewed by Ash, Kip, Luttsy and Susie O’Neill during the breakfast show.

The band will also be back in Brisbane in September for a gig at the new venue, THE FORTITUDE on Wed September 18. Tickets are on sale now.

BIRDS OF TOKYO
It’s been nearly three years since Birds Of Tokyo did a full national tour but with their new track “Good Lord” riding high in the charts the band has finally announced a string of dates around Australia.

“Good Lord” is currently at #1 on iTunes, top 5 on the radio airplay charts and rising rapidly up the Spotify and Apple Music rankings so it’s no wonder these gigs have been dubbed “The Good Lord Tour”.

“To be honest it’s been a rollercoaster couple of years”, he explains. “I was basically in pieces when we were writing this song and maybe that intensity explains why it’s striking such a chord with people. It’s great that something good can come out of something bad – funny how often that happens if you can just get through the rough patches in life.”

“Good Lord” is actually part of a larger batch of songs that were all written in the wake of Kenny’s marriage breakup, with last year’s more upbeat “Unbreakable” (heard everywhere as the theme to the Invictus Games) actually being the first piece drawn from his thematically linked body of work.

“We’ve still got at least three more new tracks that explore the breakup experience from various angles so there’s going to be a bit of a theme running through our stuff for the rest of this year”, says Birds guitarist Adam Spark. “It’s cheaper than therapy to use music to get this stuff off our chests – we’re really lucky that way.”

“Good Lord” is the latest in over a decade of epic Birds Of Tokyo songs that have resonated with Australian audiences.

Since breaking out of Perth back in 2007 the band has had 11 different tracks make Triple J’s Hottest 100 and they’ve won APRA’s “Rock Work Of The Year” on five separate occasions but this new single seems set to eclipse even their biggest anthems like “Lanterns”, “Plans” and “Anchor”.