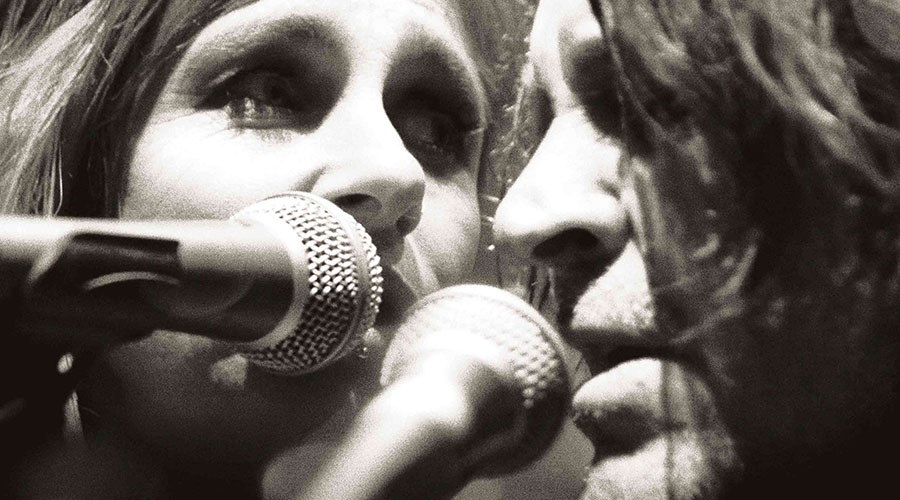 Longtime friends and collaborators Bernard Fanning and Kasey Chambers are about to hit the road together for the first time in a co-headline run of shows, after a decade of playing on one another’s records and guesting at each other’s shows.

The ‘Sooner or Later’ tour kicks off this week in Tamworth and we are delighted to welcome Garrett Kato who will be supporting the superstar duo throughout the regional tour. Ziggy Alberts will also be joining the bill in Ballarat exclusively. Tickets to the Albury show are now sold-out, with Bendigo, Canberra, Wollongong, Toowoomba & Grafton shows soon to follow suit. Tickets to all other shows can be purchased via soonerorlater.com

Garrett Kato is a Canadian born musician and songwriter who has lived in Byron Bay, with his Australian partner and daughter, for the last four years. In 2015 Kato released his second LP That Low and Lonesome Sound, with Rolling Stone Australia praising the album as a “Gentile gem rich with songwriting nous and emotion leaking from every pore”. Kato has toured extensively throughout Australia including a 33 date sold-out tour supporting Pete Murray and a recent headline national tour.  Kato’s single ‘Sweet Jane’ was recently featured in the Hollywood Motion Picture Bad Moms and has racked up over 1 million Spotify streams since the film’s release.

And for a special treat for Ballarat locals Ziggy Alberts will be joining the bill for a one-off support slot. Ziggy is a coastal folk singer/songwriter, free surfer & environmental enthusiast from the East Coast of Australia. Now touring nationally and internationally with headline shows, accompanied by performances at Falls Festival, Splendour in the Grass (2014, 2015, 2016) and PIKNIK (Norway, 2015). Ziggy has released an impressive 3 records, reaching 11 million Spotify plays, 56 thousand followers on Instagram and consistently appears in the top 10 ‘Singer/Songwriter’ charts on iTunes. Highly anticipated following his hit single ‘Runaway’, Ziggy’s latest record Four Feet In The Forest went to no. 1 in the singer songwriter charts and proves to be a favourite compilation by many of his listeners.

Both Bernard and Kasey will also be playing at this year’s 45th annual Country Music Awards of Australia – the Toyota Golden Guitar Awards.

With a sold out national tour behind him, Bernard was honoured to receive an ARIA late last year, taking home the Best Adult Contempory Album award, for his third solo record Civil Dusk (Dew Process / UMA), part one of a two part project (the second LP Brutal Dawn is due 2017).  While Kasey’s August EP release, Ain’t No Little Girl gave fans a taste of her eleventh studio LP, Dragonfly, a double album that sees her collaborating with Australian music legend Paul Kelly in the producer’s chair for one session, and Nash Chambers producing the other. Dragonfly is now available via Warner Music.

Don’t miss two of Australia’s most lauded and loved singer songwriters on their ‘Sooner or Later’ Tour this February 2017!