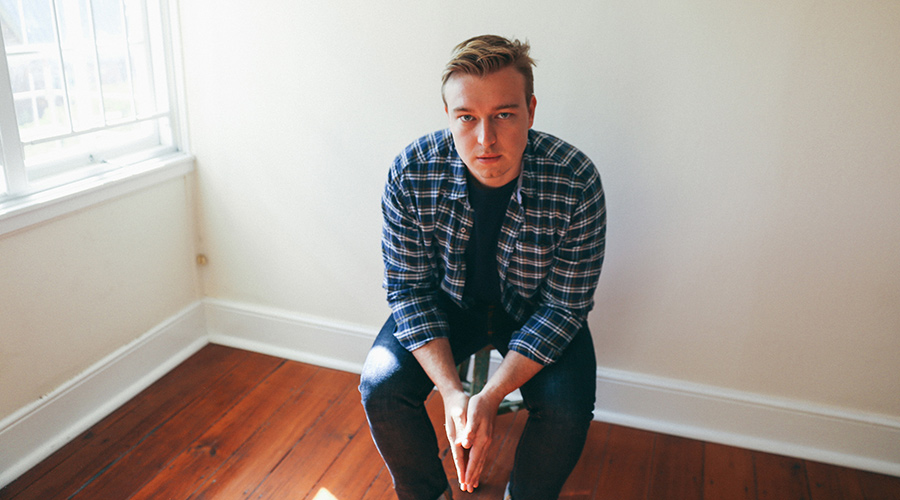 BANFF unveils ‘All Again’, the latest offering from his forthcoming EP ‘Future Self’ plus also announced an Australian east coast ‘Future Self’ tour, playing intimate venues in Melbourne, Sydney and Brisbane throughout August.

Ethereal layers of spacious, soul-drenched indie-pop – that is the craft of singer-songwriter BANFF, aka Benjamin Forbes. The former frontman of Brisbane group LITTLE CASINO stepped away from the band environment mid-2014 with a thirst to explore new songwriting ground, something he has achieved in spades since releasing singles ‘Stand In Line’ and ‘The Great Unknown’. Australia and the World have listened with the likes of Hilly Dilly declaring “we’ve no doubts he’ll head to incredible musical heights”. To date both tracks have received over 239,000 online plays via Sound Cloud, YouTube and Spotify.

Late last year, Forbes packed his bags and flew south to collaborate with Tom Iansek (Big Scary / #1 Dads) at Big Scary’s Mixed Business studio in Melbourne.  Forbes says of working with Iansek “Working with Tom was probably the best opportunity I could have hoped for. I learnt so much from our time writing and recording together, and since have had such a different perspective on how I approach my writing. Tom’s got that signature sort of sound that I feel resonates through the EP, and I think the songs couldn’t have suited a better treatment.”

“‘Future Self’ comes from a reflective time in my life, thinking about the choices I made and where they would lead me down the track. It was an overwhelming and vulnerable period into adulthood, but one that has taught me a lot as far as music, and life in general goes. While none of the tracks directly talk about that very notion, I felt the title captured that moment I began writing for BANFF.”- BANFF

“This is exactly what we will all be doing (Stand In Line) if he has more songs like this.” – Richard Kingsmill, Triple J

“BANFF has managed to create a brief but memorable snapshot into a world of impeccably executed, intricate guitar-driven pop music… it’s easy to hear a brilliant point of difference to so many others trying to create this type of music at the moment.” – I Oh You ‘Froth Of The Day’

“Forbes’ first release as BANFF is a glowing, ambient electro-folk tune that sweeps into a soft ebb and flow of electronics, strings and dreamy vocals.” – The Wild Honey Pie