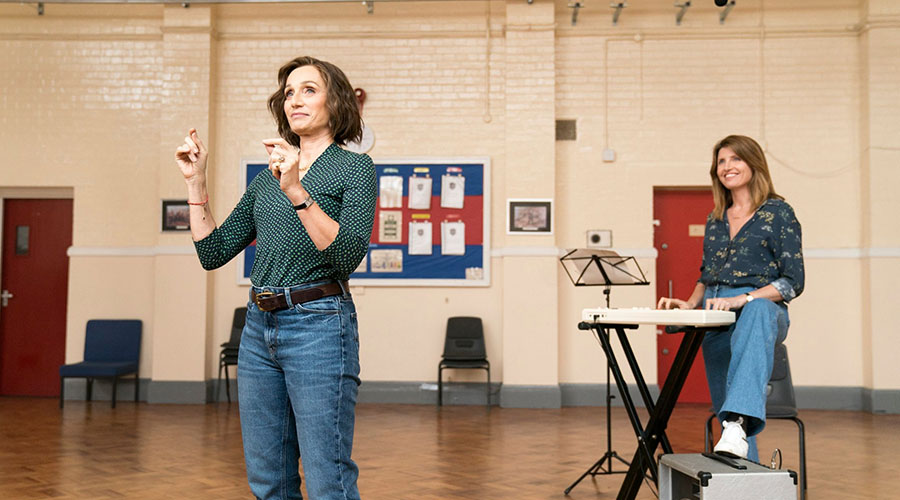 The MINI British Film Festival has a programme of 30 titles including some of the most awaited new releases, a retrospective on Dame Helen Mirren and some restored gems, from 29 October nationally.

The Festival will open nationally with MILITARY WIVES from director Peter Cattaneo (The Full Monty, 1997). Kristin Scott Thomas leads this inspiring drama about the bravery of the women of war, and the power of the music that saved them. And closing the Festival will be the highly anticipated film THE GOOD LIAR. Based on the widely acclaimed novel by Nicholas Searle, Oscar-winning screenwriter Bill Condon (Gods and Monsters, 1998) directs this wicked thriller featuring magnificent lead performances by Dame Helen Mirren and Sir Ian McKellen.

Ripped from the pages of history, films based on true events include:
ROBERT THE BRUCE – helmed by Australian director Richard Gray (Sugar Mountain, 2016, Summer Coda, 2010), the film is a dramatic retelling of the legendary Scottish leader Robert the Bruce starring Angus Macfadyen (reprising the role he played so memorably in Braveheart) alongside Jared Harris (Sherlock Holmes: A Game of Shadows, 2011, Mad Men series) and Zach McGowan (The Walking Dead series).

The strong dramas that British cinema is renowned for, can be seen in:
HOPE GAP, led by the brilliant and layered performances of Annette Bening, Bill Nighy, and BAFTA winner Josh O’Connor, HOPE GAP is a powerful story of finding hope after a marriage breakdown.

Ken Loach returns after his Palme D’Or-winning I, Daniel Blake, with SORRY WE MISSED YOU. Another brilliant study of a struggling working-class couple caught in a hopelessly exploitative system.

And based on the incredible autobiographical story of writer-director Adewale Akinnuoye-Agbaje, FARMING follows a young Nigerian boy as he is drawn into the warped world of a racist skinhead gang in 1980s England.

Films adapted from some of the most loved books, include:
THE ASPERN PAPERS – based on Henry James’s 1888 novella, this compelling period drama tells of Morton Vint (Jonathan Rhys Meyers), an ambitious American editor obsessed with the famous late Romantic poet Jeffrey Aspern.

Starring Anna Paquin, TELL IT TO THE BEES is an adaption of the best-selling novel by Fiona Shaw – a moving portrayal of two women in post-war Scotland torn between their true emotions and societal expectations.

And based on the worldwide best-selling novel by Simon Winchester, THE PROFESSOR AND THE MADMAN is an extraordinary true tale of madness, genius, and obsession about two remarkable men who created history with the writing of the Oxford English Dictionary. Starring Mel Gibson, Sean Penn and Steve Coogan.

The Festival programme also showcases a number of comedies including:
A GUIDE TO SECOND DATE SEX, the debut film from director Rachel Hirons is an adaptation of her own critically acclaimed play which enjoyed sold-out shows at London’s Soho Theatre and the Edinburgh Fringe Festival.

Set in the 80s, OLD BOYS is the first feature from director Toby MacDonald – a delightful look at boys attempting to understand young love and what women want.

And for the whole family, HORRIBLE HISTORIES: THE MOVIE – ROTTEN ROMANS delves deeper into the dastardly deeds of history’s greatest blockbuster rulers. This entertaining big-screen outing for the CBBC television series focuses on ancient Rome and its attempt to crush the Boudicca uprising in far-off uncivilised Britain.

Compelling and moving real-life stories can be found in these documentaries:
Off the back of the smash hit Oasis – Definitely Maybe, we see Liam Gallagher’s revealing and entertaining expedition from the wilderness of booze and legal battles to his attempt to stage the greatest comeback in rock history in LIAM GALLAGHER: AS IT WAS.

From prolific documentarian Alex Gibney, CITIZEN K offers a cinematic portrait of Mikhail Khodorkovsky – one of the richest men in Russia. From his years as a young communist youth in the Soviet Union, to his ten-year sentence for tax evasion and his exile in London, CITIZEN K examines power in Russia and unlocks many of the political conflicts and contradictions ailing the country today.

And ROMANTIC ROAD – the eccentric and adventurous road-trip documentary charting an elderly British couple’s ambitious journey across India in their 1936 Rolls Royce.

In this year’s MINI British Film Festival, we screen a selection of highlights from Helen Mirren’s career and pay tribute to the remarkable and versatile talents of a captivating woman who embodies strength and grace no matter the character she plays. MIRROR ON MIRREN features some hidden gems from Helen Mirren’s back catalogue, including: THE AGE OF CONSENT (1969), SAVAGE MESSIAH (1972), O’LUCKY MAN (1973), THE MADNESS OF KING GEORGE (1994), CALENDAR GIRLS (2003) and THE QUEEN (2006) for which Mirren won an Academy Award for her performance as Queen Elizabeth II.

Other retrospective titles in the programme include the newly restored version of Nicolas Roeg’s eerie 1973 masterpiece DON’T LOOK NOW, adapted from the short story by Daphne du Maurier and starring a gorgeous Julie Christie and handsome Donald Sutherland; and the 1949 British black comedy KIND HEARTS AND CORONETS in restored 4K to celebrate its 70th anniversary.

The MINI British Film Festival also has the honour of welcoming legendary actor Timothy Spall as the Festival guest. Spall plays the iconic British artist L.S. Lowry in MRS LOWRY & SON, which explores the relationship between him and his mother, played by Vanessa Redgrave. Spall will attend Q&A sessions in both Sydney and Melbourne.

Spall was appointed the Officer of the Order of the British Empire (OBE) in the 2000 New Year Honours and in 2014 he won the Best Actor award at the Cannes Film Festival for portraying J. M. W. Turner in Mr. Turner.