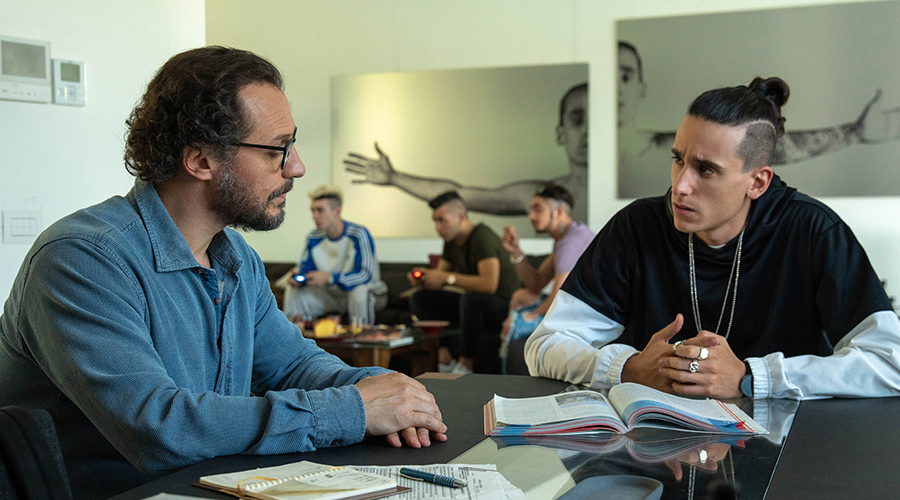 The 2019 Lavazza Italian Film Festival program has been released – opening in Brisbane September 25!

The 20th Lavazza Italian Film Festival celebrates Italian cinema and filmmakers at their very best. With a programme featuring 26 of the best new Italian films from the past year as well as classic cinematic gems, Special Presentations, aperitivo nights, receptions and galas, it is Palace’s biggest event of the year!

The OPENING NIGHT selection, THE CHAMPION (Il campione) is a beautifully balanced blend of the spectacular and the intimate. This stunning debut starring Stefano Accorsi (Italian Race, LIFF16) delivers a moral lesson that is both identifiable and strikingly moving. Set in the glossy world of professional, millionaire footballers and featuring an extraordinary Andrea Carpenzano (Boys Cry LIFF18), The Champion is a story of friendship and learning who to trust.

The 20th edition of the festival will feature two SPECIAL PRESENTATIONS: from the director of Indivisible, Edoardo De Angelis’ powerful and award-winning new film THE VICE OF HOPE (Il vizio della speranza) stars Pina Turco (Gomorrah TV series) as a woman striving to escape a life of vice and criminality, De Angelis masterfully creates another gritty tale from the Camorra-infested northern Neapolitan neighbourhood made famous by Dogman; and following last year’s presentation of the international theatrical cut of LORO, this year audiences have the opportunity to see the director’s cut of one of the most-talked-about opening night films in the festival’s 20-year history.

The festival is excited to host the WORLD PREMIERE of PROMISED with red carpet screenings in Melbourne and Sydney, and a Special Event screening in Brisbane. Directed by Nick Conidi and featuring a stellar Italian-Australian cast, including Daniel Berini, Antoniette Iesue, Paul Mercurio and Tina Arena, this is a romantic drama that is certain to hit home.

The CLOSING NIGHT selection is the Australian premiere of Ron Howard’s highly anticipated biopic PAVAROTTI. Howard’s access-all-areas documentary looks back at the life, relationships and the remarkable performing career of the world’s most famous tenor who became an international superstar, from the early 1960s until his death.

A programme of Italy’s best contemporary films will feature in the NEW ITALIAN CINEMA section:

Valeria Bruni Tedeschi (Like Crazy) and Marcello Fonte (Dogman, LIFF18) star in the affecting drama ASPROMONTE – LAND OF THE FORGOTTEN (Aspromonte, la terra degli ultimi), about a neglected village and the townspeople’s fight to build a connecting road to the neighbouring town.

Winner of the Berlin Film Festival FIPRESCI prize, DAFNE is a poignant drama about a family struck by a tragedy, anchored by a breakout performance from Carolina Raspanti.

A teenage boy’s dreams of soccer stardom are threatened by a chaotic home life in IF LIFE GIVES YOU LEMONS (Un giorno all’improvviso), an achingly naturalistic portrait of a young man striving to succeed in the face of overwhelming odds.

Direct from its Locarno Film Festival premiere, Ginevra Elkann’s Italo-French comic drama IF ONLY (Magari) is a gentle and honest exploration of a broken family, that boasts an ensemble cast including Alba Rohrwacher and Riccardo Scamarcio.

What happens when a 23-year-old runs for mayor in one of the biggest cities of Southern Italy and records his entire campaign with a hidden camera? Find out in THE MAYOR: ITALIAN POLITICS 4 DUMMIES (Il Sindaco: Italian Politics 4 Dummies).

MY OWN GOOD (Il bene mio) is a poignant drama, warmly received at the Venice Film Festival, in which Sergio Rubini plays the last remaining inhabitant of an Italian ghost town that has been destroyed by a devastating earthquake.

Based on the bestselling graphic novel Zerocalcare, THE ARMADILLO’S PROPHECY (La profezia dell’armadillo), a melancholy comedy, cleverly embodies a generation faced with uncertainty through its depiction of a young man’s friendship with an imaginary armadillo.

Marco Giallini and Valerio Mastandrea star in TOMORROW’S A NEW DAY (Domani è un altro giorno) – an exceptional remake of the award-winning Spanish-Argentinian favourite Truman, which follows a bittersweet reunion of two friends as they wander the streets of Rome to examine their lives and ponder the future.

And TWIN FLOWER (Fiore Gemello), a nuanced and profound drama set against the beautiful Sardinian landscape is an exploration of companionship, lost innocence, and shared destiny as two troubled teenagers journey towards a new life.

A stunning Mediterranean backdrop and an all-star cast including Alessandro Gasmann and Fabrizio Bentivoglio feature in AN ALMOST ORDINARY SUMMER (Croce e delizia) a delightful comedy about two very different families who discover that they have been brought together for a chaotic seaside holiday to celebrate a surprise wedding – between their patriarchs.

Winner of Best Comedy Film at the Nastri d’Argento Awards 2019, BANGLA, is a romantic comedy with a huge heart. Director Phaim Bhuiyan’s debut is a fresh and spirited portrait of the complications of young love caught between very different beliefs. With a script based on the director’s own experiences and a central character played by the director himself this is a witty cross-cultural rom-com set in Rome.

In DON’T STOP ME NOW (Ma cosa ci dice il cervello) dynamic duo Paola Cortellesi and her husband, director Riccardo Milani, team up to deliver this Bond-style comedy in which an international spy sets out save her friends from their boring lives.

LET ME INTRODUCE YOU TO SOFIA (Ti presento Sofia) sees a frazzled father in hot water as he tries to hide his daughter from his new girlfriend in this hilarious comedy-of-errors starring Fabio De Luigi and Micaela Ramazzotti.

And in WELCOME BACK MR. PRESIDENT (Bentornato Presidente), Peppino (Claudio Bisio) must return to Rome to win back his love and defeat a plot that could ruin Italy in the sequel to 2013’s box-office smash hit Welcome, Mr President.

Our schools’ session and family film – THE LEGEND OF THE CHRISTMAS WITCH (La Befana vien di notte) is an Italian fable, with a feminist twist. Paola Cortellesi plays a famous character, La Befana, in this Italian box office hit that is pure fun for the whole family.

Rounding out the 20th edition of the festival are two retrospectives: following the passing of Bernardo Bertolucci last November, the festival will screen two highlights from his expansive filmography – 1900 (Novecento), the 1976 historical drama featuring an international ensemble cast including Robert De Niro, Gérard Depardieu, Dominique Sanda and Donald Sutherland. The five-hour epic will screen with an intermission. Also, Bertolucci’s political thriller THE CONFORMIST (Il conformista) the visually intoxicating adaptation of Alberto Moravia’s novel returns to the big screen in a restoration supervised by cinematographer Vittorio Storaro.

20 ANNI FA is a retrospective selection showcasing three of our favourite films from the festival’s 20-year history: a beautifully restored version of Marco Tullio Giordana’s acclaimed drama ONE HUNDRED STEPS (I cento passi) sees Luigi Lo Cascio in his breakthrough performance as an outspoken young man whose rebellion against the Sicilian mafia rocks his town’s stifling tradition of silence; Gabriele Muccino’s award-winning romantic drama THE LAST KISS (L’ultimo bacio) is as relevant today as upon its release in 2001, showing a perspective of love in its darkest shades; and THE CONSEQUENCES OF LOVE (Le conseguenze dell’amore), Paolo Sorrentino’s acclaimed psychological thriller.