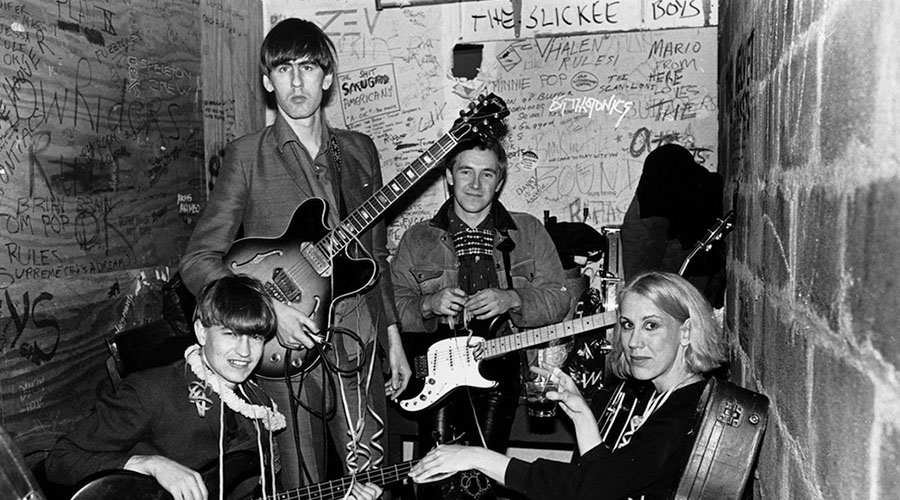 The Brisbane International Film Festival has just added another screen and opened up great new seats for The Go Betweens:- Right Here at Palace Centro on Sunday September 3 at 6:45pm!

Brisbane musical royalty, The Go-Betweens’ music still reverberates around the streets of this town, more than a decade after the untimely death of one of the band’s co-founders. Part memoir and part concert film, this inspiring documentary by Kriv Stenders (Red Dog) charts the rockers’ path to greatness and examines the passionate, creative and sometimes fraught bond between musicians Robert Forster and the late Grant McLennan and the price they paid for pursuing their art.

From their formation at the University of Queensland in the Joh Bjelke-Petersen years, this film follows Forster and McLennan on a great musical adventure that saw two incarnations of the band over more than three decades, with all the attendant successes, failures, romances, break-ups, betrayals, triumphs and tragedies. For die-hard fans of the cult outfit, this compelling tell-all pulls no punches, and is a must-see.

For those who think The Go-Between is just a toll bridge – well, they might just be introduced to their new favourite band. Unflinching, insightful and at times painfully honest, the film tells the story of the seminal band from the inside out – in the words of the people who created it, lived it, and were transformed by it.
www.facebook.com/TheGoBetweensRightHereFeatureFilm