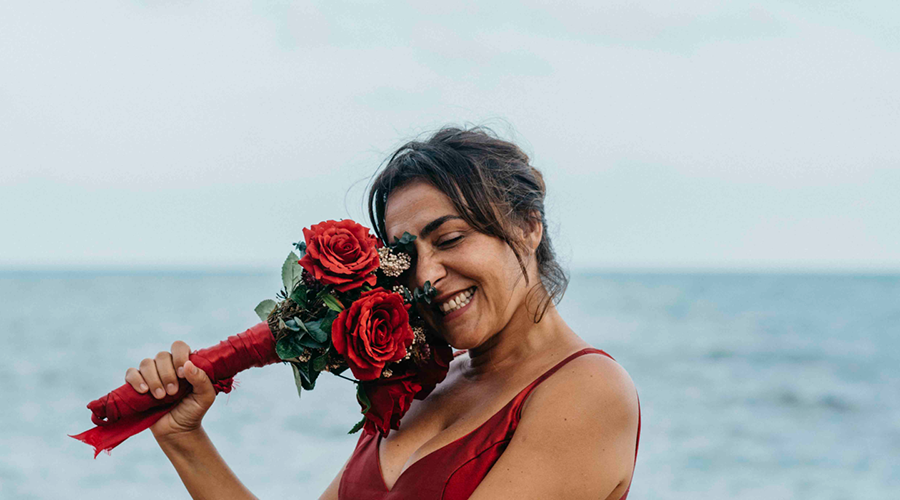 Presented by Palace, the Moro Spanish Film Festival’s full 2021 programme has been revealed. A sensational selection of new and recent Spanish language films featuring some of Spain and Latin America’s leading stars along with exciting new acting talent will be screening nationally from April 20 at Palace Cinemas. Rediscover the big screen for some reel inspiración.

The rich programme consists of 20 feature films from Spain together with 9 films from across Latin America including Argentina, Chile, Cuba, Mexico and Uruguay. From hilarious crime capers to sensual romantic comedies, powerful historical epics and contemporary urban dramas, the Moro Spanish Film Festival is for all movie-lovers and aficionados of Spanish cinema alike. ¡Viva la fiesta!

Australian comic and filmmaker Simon Palomares will introduce the screenings of his documentary LATIGO and take part in Q&As in Melbourne on April 23, Sydney on April 28 and Brisbane on May 4. In LATIGO, Palomares uncovers Cuba’s vibrant comedy scene, proving that laughter is truly universal.

In the REEL ESPAN͂OL programme:

WISHLIST (La Lista de los deseos) starring screen icon Victoria Abril (Tie Me Up! Tie Me Down!) in a devil-may-care road movie about three women who take the adventure of a lifetime when their own lives come to a crossroads.

Multi award-winning A THIEF’S DAUGHTER (La hija de un ladrón): an extraordinary portrait of a brave young mother in Barcelona who must decide whether to reject her father in order to protect her own child, starring real-life father and daughter, Eduard and Greta Fernández.

Ramón Agirre and Elena Irureta reunite for BYE BYE MR EXTEBESTE! (Agur Etxebeste!), the long-anticipated sequel to the Basque hit comedy Aupa Etxebeste!, a battle-of-the-sexes in this sharp social satire about corruption, marriage and power in local politics that is as topical as it is hilarious.

Spanish box office smash hit comedies: I CAN QUIT WHENEVER I WANT (Lo dejo cuando quiera) follows three newly unemployed university professors who turn to the recreational drug trade with hilarious results; IF I WERE RICH (Si yo fuera rico), a tale of love lost and wealth found when Santi (Álex García) wins a lottery jackpot in this riotous rags-to-riches comedy; Álex García also stars in THE WEDDING UNPLANNER (Hasta que la boda nos separe‎) opposite Belén Cuesta (Kiki, Love to Love SFF17) in this outrageous romantic comedy about a woman who is hired to plan her best friend’s wedding only to fall in love with the groom; and from weddings to divorce – UNDER THE SAME ROOF (Bajo el mismo techo) is a wildly funny War of the Roses scenario where the battlelines are literally drawn through the middle of the house.
Continues…
Featured dramas include the highly anticipated debut film from Catalan filmmaker Lucía Alemany, THE INNOCENCE (La inocencia) is a powerful snapshot of growing up in a small, conservative village; a critically acclaimed summer’s tale of late blooming for thirty-somethings, THE AUGUST VIRGIN (La virgen de agosto) celebrates a woman’s journey of discovery in the balmy streets of Madrid; and SCHOOLGIRLS (Las niñas), Pilar Palomero’s celebrated coming-of-age-drama which recently swept the Goya Awards winning Best Film, Best New Director, Best Original Screenplay and Best Cinematography.

Intriguing thrillers and mysteries include: nocturnal thriller CROSS THE LINE (No matarás), starring Mario Casas in his 2021 Goya award-winning role as a goodnatured man who has an unexpected deadly confrontation on a night of adventure; Maribel Verdú (Y Tu Mamá También) stars in THE GOYA MURDERS (El asesino de los caprichos), an enthralling serial killer mystery set in the world of wealthy art collectors, as a murderer finds gruesome inspiration in the famous paintings of Spanish master Francisco Goya; in THE ISLAND OF LIES (El Santa Isabel) an immigrant ship bound for Buenos Aires goes down off the Galician coast in 1921 and reveals that nothing – and no one – are what they first appear; and THE SILENT WAR (Sordo), a gripping and exhilarating thriller which follows a fugitive guerrilla trying to survive in northern Spain during WWII.

Other festival gems include: OUT IN THE OPEN (Intemperie) a western set in the aftermath of the Spanish Civil War with Luis Tosar, based on Jesús Carrasco’s bestseller; Alejandro Amenábar’s WHILE AT WAR (Mientras dure la Guerra); Raúl Arévalo stars in THE PLAN (El plan) and THE EUROPEANS (Los europeos); and Kiti Mánver stars in ONE CAREFUL OWNER (El inconveniente).

In the REEL LATINO programme:

WHITE ON WHITE (Blanco En Blanco) is a compelling and at times confronting portrait of a photographer who crosses dangerous lines in life and love when obsessing over his client’s young bride-to-be in late 19th century Tierra del Fuego.

Set in Uruguay, THE MONEYCHANGER (Así habló el cambista) is a satirical Godfather-like crime epic, spanning from the 1950s to 1970s, about a slick grifter working the seedy underbelly of South American book-cooking schemes.

In powerhouse filmmaker Andrés Wood’s engrossing political thriller SPIDER (Araña), the horrors of Chile’s past haunt the lives of a group of one-time radicals. Selected as the official Chilean entry for the 92nd Academy Awards.

Oscar-nominated filmmaker Pablo Larraín returns with EMA, an electrifying portrait of a free-spirited dancer who is forced to examine her wild lifestyle to address a mistake from the past. Starring Mariana Di Girolamo and Gael García Bernal, Ema nominated for the Golden Lion and winner of the UMINED award at the 2019 Venice Film Festival.

THE ADOPTERS (Los adoptantes) is a witty, contemporary Argentinian take on the very unique and sometimes unanticipated challenges that can occur when starting a family in your 40s, and in a same-sex male relationship.

THE GOOD INTENTIONS (Las buenas intenciones) is an exhilarating and upbeat film about love, loyalty and family in 1990s Argentina, as a young girl is forced to act when her parents’ divorce threatens to separate her from her father.

A love letter to adolescence, GO YOUTH! (¡Ánimo Juventud!) explores the loves, dreams, and fears of four teens in Mexico City who rebel against the adult world.

The 2021 Moro Spanish Film Festival will take place nationally from 20 April to 16 May in Sydney, Melbourne, Adelaide, Perth, Canberra, Brisbane and Byron Bay.

Cinemagoers can enjoy a COVIDSafe experience at Palace Cinemas with social distancing measures in place, reduced capacities (these differ by state), frequent sanitisation and clean air circulated every ten minutes in theatres.