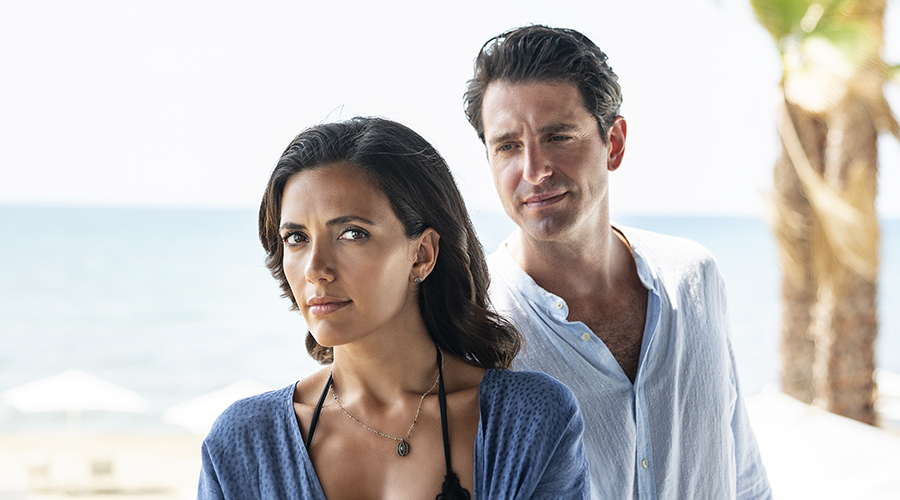 Journey to Italy with a programme of new cinema for the 2020 ST. ALi Italian Film Festival!

Palace along with the new Principal Partner of the Italian Film Festival, ST. ALi, are pleased to announce the full programme of films which will screen nationally from 29 September. The flagship event will showcase Italian culture, stories and language in Sydney, Brisbane, Perth, Adelaide, Canberra and Byron Bay at reduced capacity and then in Melbourne, when restrictions permit.

The ST. ALi Italian Film Festival will open with a new live-action version of the classic fairy tale PINOCCHIO. From the Director of Gomorrah and Dogman, Matteo Garrone’s seven-time Nastro d’Argento award-winner is an enthralling gothic fantasy starring Roberto Benigni as the woodcutter Geppetto.

To celebrate the 20th anniversary – and in honour of the late great Ennio Morricone, one of the world’s greatest film composers – the Festival will close with Giuseppe Tornatore’s MALENA (Malèna) starring Monica Bellucci.

The Centrepiece selection for the 2020 programme is Marco Bellocchio’s multi award-winning crime drama THE TRAITOR (Il traditore), which was the big winner at Italy’s 65th David di Donatello Awards – the country’s equivalent of the Oscars. The absorbing film sees Pierfrancesco Favino deliver a powerhouse performance as Tommaso Buscetta, a Sicilian Mafia boss-turned-police informer.

There will also be two Special Presentations this year: Ferzan Ozpetek’s award-winning new film THE GODDESS OF FORTUNE (La dea fortuna), featuring an all-star cast including Stefano Accorsi, Edoardo Leo and Jasmine Trinca. This will screen nationally along with the short film BEING MY MOM, the directorial debut of aforementioned actress Jasmine Trinca, starring Alba Rohrwacher and Maayane Conti, which is currently in competition at the 77th Venice International Film Festival.

The programme also comprises of two films to share with your family. For kids fifteen years and older is MY BROTHER CHASES DINOSAURS (Mio fratello rincorre i dinosauri). Inspired by a true story, this is a joyous and poignant film about the fear of being judged. And for the whole family, THE MOST BEAUTIFUL DAY IN THE WORLD (Il giorno più bello del mondo) – a modern-day fairy tale in which a down on his luck theatre manager receives a strange inheritance – custody of two children, and discovers that one of them has amazing telekinetic powers.

Other highlights for the 2020 ST. ALi Italian Film Festival include:

7 HOURS TO WIN YOUR HEART (7 ore per farti innamorare) about a desperate journalist who enlists the aid of a seduction expert to regain his ex-girlfriend in a hilarious Neapolitan romantic comedy starring Giampaolo Morelli and Serena Rossi.

BAD TALES (Favolacce), set in a southern suburb of Rome and starring Cannes award-winner Elio Germano, this dark tale sees tensions unfold in a small community during a sweltering summer.

FEEL YOUR MEMORIES (Tornare), a captivating psychological drama which follows a woman returning to her childhood home in 1990s Naples. Featuring a stellar performance from Giovanna Mezzogiorno.

LETSCLEANAPP (TuttAPPosto) – featuring hilarious performances by Luca Zingaretti and Roberto Lipari, this comedy sees a student upending favouritism and corruption in his university with an app for students to rate their professors.

ONCE UPON A TIME…IN BETHLEHEM (Il primo Natale) sees the famous comedy duo Ficarra and Picone star as a thief and a priest who are magically transported to year zero, Palestine, where they’ll have to make sure that the birth of Jesus will follow its course.

ORDINARY JUSTICE (Palazzo di giustiziaI) is a quietly impactful drama from newcomer Chiara Bellosi, which examines the emotions behind the legal machinery at work in the courtroom following an attempted armed robbery.

SAY IT LOUD (Cambio tutto), a new hilarious comedy from Guido Chiesa (director of Let Me Introduce You to Sofia) which follows one woman’s quest to gain control over her life.

THE BIG STEP (Il grande passo), a bittersweet tale of brotherhood, and believing in your dream, no matter how far-fetched it may seem featuring Giuseppe Battiston and Stefano Fresi.

ALL TICKETS NOW ON SALE. For more information visit: www.italianfilmfestival.com.au

* The 2020 ST. ALi Italian Film Festival dates for Melbourne will be confirmed as soon as cinemas can safely re-open.