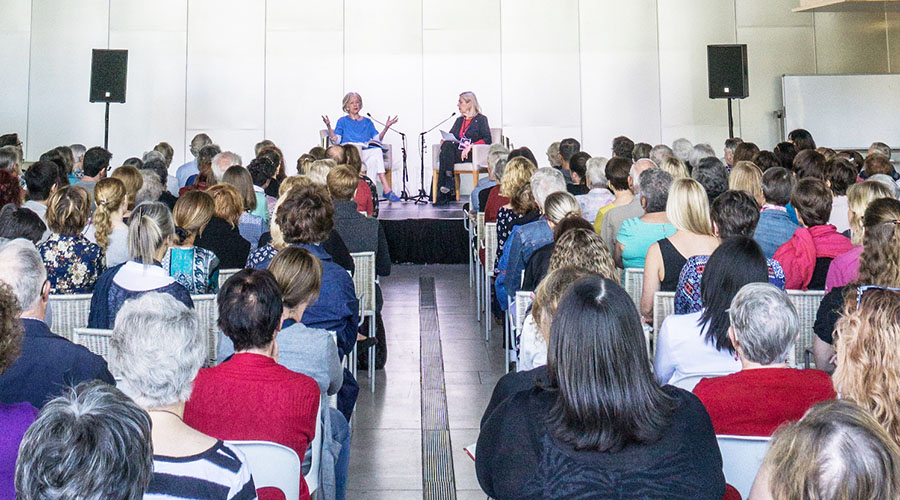 In recognition of the UN Year of Indigenous Languages, this year the Festival will explore the powerful ways in which Australia’s traditional custodians convey story, both now and in the past.

“The written word hasn’t always been the primary way to tell a story,” said Festival CEO and Artistic Director Zoe Pollock, “Indigenous Australians have been yarning, weaving, painting, singing and dancing the stories of this land for thousands of years and right up into our present day. At Brisbane Writers Festival this year we are privileged to present some of our most compelling and evocative writers and storytellers from our First Nations including Tony Birch, Melissa Lucashenko and Claire G. Coleman. Acknowledging difference and understanding how we can use stories to connect to one another is at the heart of this year’s program.”

“Our local reading and writing communities are engaged with what’s happening in the world. We live in challenging times and are facing big issues in both our inner and outer worlds. There are so many movements and forces that are reshaping the world at a rapid pace. We’re bringing these conversations to the Festival and inviting open dialogues around how to connect when the conversation is constantly changing.”

The Festival is also proud to showcase the work of local and Australian authors, including audience favourites Benjamin Law (The Family Law), Clementine Ford (Boys Will be Boys), Melissa Lucashenko(Too Much Lip), Ashley Hay (One Hundred Small Lessons), John Marsden (So Much to Tell You and Tomorrow, When The War Began), Jane Caro (Accidental Feminists), Richard Glover (The Land Before Avocado) and Rosalie Ham (The Dressmaker).

“I’m also very excited to announce a collaboration with Anna Spiro inspired by Jessica Anderson’s Miles Franklin award-winning novel Tirra Lirra by the River. We’re inviting Festival goers to experienceAnderson’s work through the lens of Brisbane’s most iconic designer. Spiro is known for her residential and commercial work – including interior of Mr Percival’s as part of the Howard Smith Wharves development.Tirra Lira by the River will be a special space to catch up with friends, read and soak up the Festival’s atmosphere. We have also planned free events in the installation, including workshops open mic sessions.”

For those aspiring and established writers there is also plenty on offer. Learn the art of historical fiction and archival research with Ann Weisgarber, craft a daring and genre breaking novel with Jasper Fforde, create compelling YA characters with Lili Wilkinson and much more.

Love YA is also back in 2019, bringing a full day of free YA programming to Brisbane Square Library on Saturday 7 September.

“Love YA is a day to celebrate everything that makes Young Adult fiction so compelling. This year we’re shifting focus to look at community and responsibility & the universality of love with some of Australia’s best LGBTQ+ writers including Claire G. Coleman, Alison Evans, Benjamin Law, Jax Jacki Brown andMichael Earp.”

Other Festival highlights include:

“It’s an enormous privilege to bring such a diverse program of thinkers and writers to Brisbane each year. I hope that our local reading and writing communities will come out in force to be part of the big conversations on offer and support a culture embracing literacy and difference in our state,” Pollock said.

“This is an incredible opportunity to hear from the people with nuanced insight into the fast-changing world that we all share. I invite you to join us and have your say.”

The 2019 Brisbane Writers Festival goes on sale from 21 June. Visit bwf.org.au for tickets and more information.