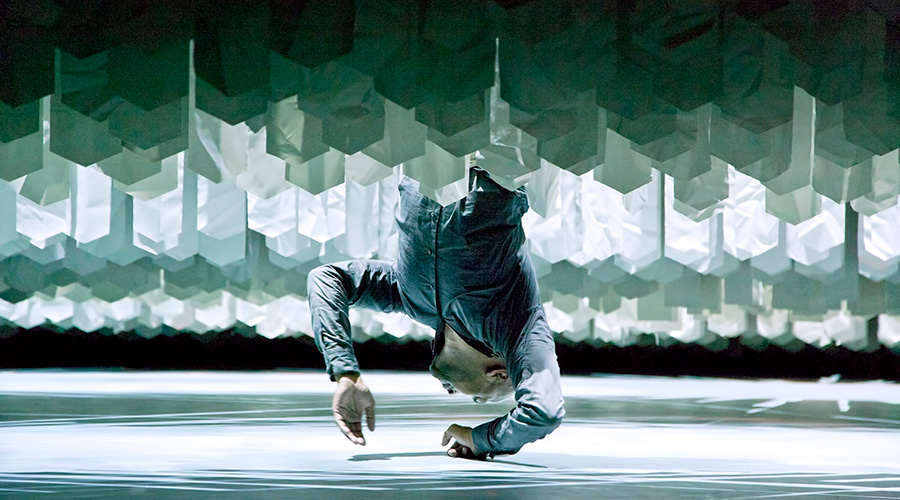 Brisbane Festival organisers have announced an electrifying line up of music, theatre, dance and family fun to entertain the city from 6 to 27 September.

This year, Akram Khan, one of the world’s best contemporary dancers, will perform his award-winning masterpiece DESH – a major coup for the city made possible with the help of the Queensland Government’s Super Star Fund. A new principal partnership with Treasury Casino & Hotel also means Brisbane will be treated to a thrilling, free opening night performance from the gravity-defying acrobats of Grupo Puja!. Do Do Land will see performers balance 40 metres above Reddacliff Place on a geometric stage, illuminated by a striking light show and set to a live rock score. Treasury Casino & Hotel Managing Director Geoff Hogg said Brisbane Festival was an important cultural celebration for the city of Brisbane.

“We are thrilled to be continuing our long-standing involvement with Brisbane Festival and increasing our support to become the proud principal partner of this world-class event for the next three years,” Mr Hogg said.

The Festival will also play host to the exclusive Australian premiere season of The Perfect American, the operatic sensation of the year and a new work by the legendary composer Philip Glass – just one of many premieres in this year’s line up.

Brisbane Festival Artistic Director Noel Staunton said he expected hundreds of thousands of people to turn out for 73 productions and 440 performances over three weeks.

“The quality of artists and work means Brisbane is in for a very special September,” Mr Staunton said.

Festivalgoers will enjoy a transformed South Bank, filled with light, colour and the ever-popular Telstra Spiegeltent. The iconic venue has an increased capacity this year to cope with the crowds, who will flock to revel in a high voltage music line up featuring Phil Jamieson, Midnight Juggernauts and Joe Henry; hilarious comedy from funny men Matt Okine and Ronny Chieng; and a family program for all ages, including the spellbinding world premiere by Circa, The Physical Impossibility of Disappearing.

Coming direct from a sell-out season in London, The Telstra Spiegeltent’s nightly cabaret show LIMBO promises an incendiary mix of magic, acrobatics, music comedy and dance. While over in The Courier-Mail Piazza the sell-out sensation of 2012, SOAP, will return with splashy whacky family fun.

Eye-catching festival landmarks will also spring up at South Bank come September, including the towering inflatable city of Exxopolis, looming over the Cultural Forecourt and enticing crowds into a serene world of colour and PVC. And Brisbane Airport Light Garden is sure to enchant visitors of all ages with its winding fairy-tale forest of bamboo, light and sound on the riverbanks.

This year will be Noel Staunton’s last as Artistic Director and he will sign off with a bang when the Festival’s 16-tonne firework feast Sunsuper Riverfire wraps up the event on Saturday 27 September. He said his time at the helm had been exhausting and exhilarating.

“It has been an honour and a privilege to spend the last four years bringing everything that is great about the arts to Brisbane. We have laid on some amazing festivals over the years but I believe we have saved the best until last,” Mr Staunton said.

In 2014, Brisbane Festival is showcasing more theatre than ever before with the world premiere Monkey… Journey to the West, based on the cult TV series Monkey Magic, indigenous masterpieces Black Diggers and The Shadow King, and an adaptation of A Doll’s House by Lally Katz. Festivalgoers are encouraged to take a walk on the wild side at Theatre Republic, which is back and bigger than ever, taking over QUT Kelvin Grove’s Creative Industries Precinct with 12 independent theatre shows and other treats for three weeks.

Premier Campbell Newman said Queensland artists and arts organisations would be a highlight of this year’s Festival.

“Brisbane Festival will also have a stronger presence at Queensland’s Cultural Precinct at South Bank working with Queensland Performing Arts Centre, Queensland Museum and Sciencentre and State Library of Queensland.

“The Queensland Government supports Brisbane Festival as part of the Arts for all Queenslanders strategy to provide more great arts to more Queenslanders,” the Premier said. Lord Mayor Graham Quirk said as Australia’s new world city, Brisbane was a modern, dynamic destination that was an ideal fit for an arts event like Brisbane Festival.

“Cultural and arts events like this are key to attracting visitors to our city and help to grow Brisbane’s economy,” Cr Quirk said.

“Brisbane Festival continues to grow year-on-year, and has evolved into one of Australia’s premier events and a highlight on the city’s cultural calendar.

“Council’s investment in Brisbane Festival is the biggest contribution by Council in an arts festival – a testimony to the scale and significance of the annual event not only in Brisbane, but as one of Australia’s premier festivals.”