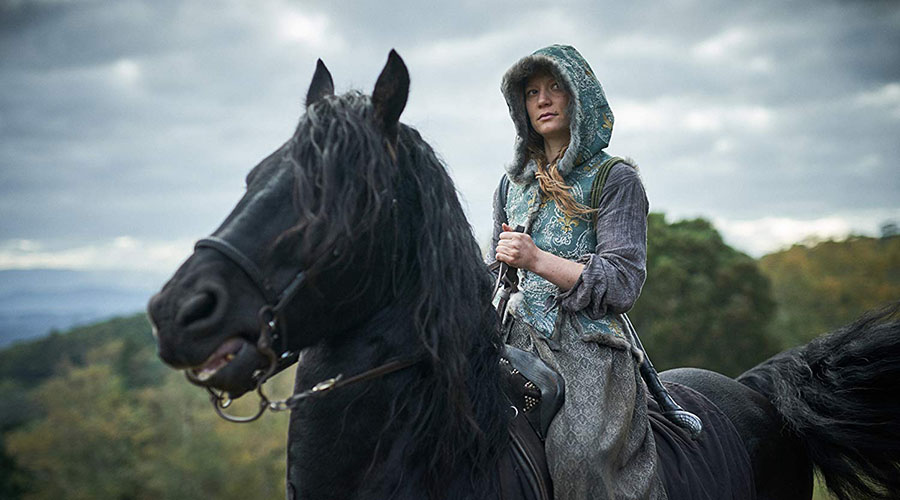 Tickets are on sale now for the 2019 Brisbane International Film Festival (BIFF 2019), presented by the Queensland Art Gallery | Gallery of Modern Art (QAGOMA) and city-wide cinema partners from 3 to 13 October.

BIFF Artistic Director Amanda Slack-Smith said BIFF 2019 would be jam-packed with more than 110 features, documentaries and short films by emerging and established talent from around the world, as well as events celebrating film with live music, food, workshops, discussions and much more.

‘The Queensland premiere of the darkly funny Judy & Punch 2019, by Australian actor and first-time director Mirrah Foulkes, will set the mood for a classy red-carpet opening night event at GOMA on Thursday 3 October,’ Ms Slack-Smith said.

Highlights of the 11-day Festival include the Queensland premieres of Céline Sciamma’s sizzling Portrait of a Lady on Fire and Pedro Almodóvar’s deeply personal Pain and Glory, for which Antonio Banderas was awarded Best Actor at this year’s Cannes Film Festival.

BIFF 2019 also features the captivating new documentaries such as Memory: The Origins of Alien, an investigative ode to Ridley Scott’s sci-fi classic; Nanfu Wang and Jialing Zhang’s fearless One Child Nation, winner of the Grand Jury Prize at the 2019 Sundance Film Festival; and the world premiere of Quilty: Painting the Shadows, Catherine Hunter’s look at the work and life of Australian artist Ben Quilty.

‘In a sublime combination of food and film, the stunning eco-documentary Honeyland will be followed by a sumptuous, one-time-only honey-themed degustation from QAGOMA Executive Chef Doug Innes-Will. Tickets to this special event on 10 October are limited,’ she said.

‘Luhrmann has curated a series of film influential to his career, among them the definitive version of Francis Ford Coppola’s Vietnam War opus, Apocalypse Now: Final Cut, a must-see on the big screen,’ Mr Saines said.

‘We are also thrilled to announce Damien Anthony Rossi, from The Sunday Mail and Channel 7’s Great Day Out, as Festival Ambassador for BIFF 2019. Damien is a long-time BIFF buff who will bring his dynamic energy to Opening Night and events throughout the Festival,’ he said.

BIFF 2019 will be presented at QAGOMA’s purpose built Cinémathèque, the only facility of its kind in an Australian art museum, and at valued partner venues Dendy Cinemas Coorparoo, The Elizabeth Picture Theatre, New Farm Six Cinemas, Reading Cinemas Newmarket and the State Library of Queensland — all part of a city-wide celebration of film.