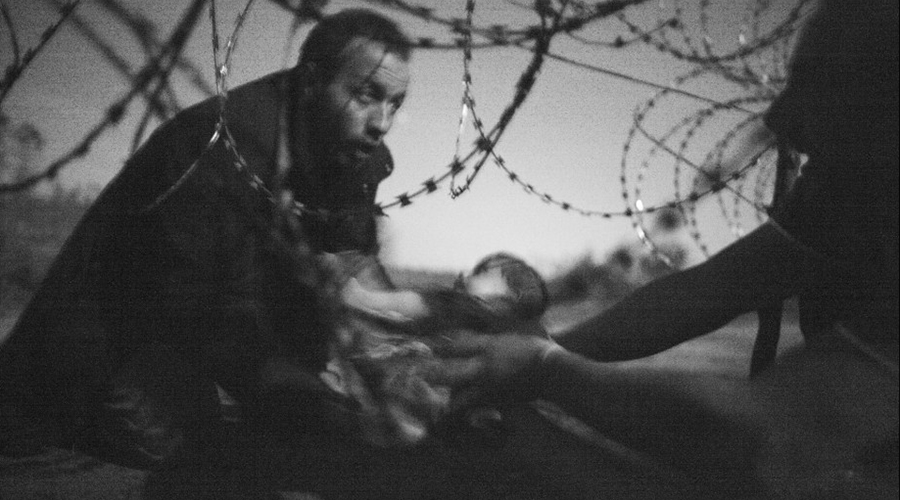 This travelling exhibition, unique in its kind, is the result of the World Press Photo Foundation’s worldwide annual contest on photojournalism and documentary photography.

The annual photo contest awards photographers for the best images contributing to the past year of visual journalism. It is the world’s leading contest for professional press photographers, photojournalists and documentary photographers, setting the standard in the industry. Pokemon Go

In it’s 59th year, the contest drew entries from around the globe: 5,775 photographers from 128 countries submitted 82,951 images.

Richardson’s picture – which also won first prize in the Spot News category – shows refugees crossing the border from Serbia into Hungary, near Horgoš (Serbia) and Röszke (Hungary). Taken at night on 28 August 2015, this man and child were part of the movement of people seeking to cross into Hungary before a secure fence on the border was completed. Richardson is a freelance photographer, currently based in Budapest, Hungary.