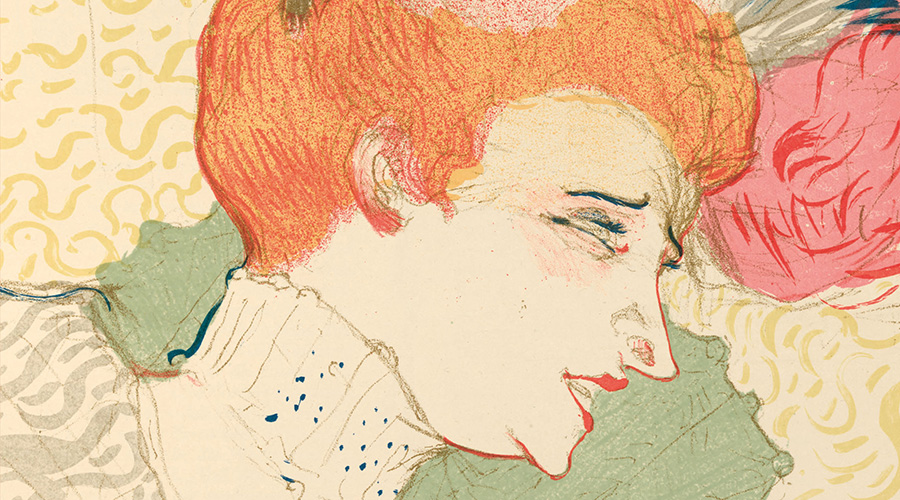 Impressions of Paris: Lautrec, Degas, Daumier examines the major contribution to French art made by three key figures: Honoré-Victorin Daumier (1808–1879), Edgar Degas (1834–1917) and Henri de Toulouse-Lautrec (1864–1901). A generation apart, each was a consummate draughtsman whose innovative compositions and embrace of modern subject matter played a significant role in artistic developments in France over the nineteenth century.

During the 1800s Paris had witnessed the remarkable growth of the popular press. The technique of lithography, invented at the turn of the eighteenth century, was adopted by practicing artists as it was a printmaking technique conducive to drawing freely and directly. For publishers of newspapers, lithography allowed for larger print runs compared to earlier printing methods. Newspapers and journals begin to include serialisation of novels by writers like Émile Zola as well as caricatures by artists such as Daumier, which were often satiric and of a contemporary social or political nature. All of these factors helped to sell newspapers and journals to a growing and appreciative audience.

The generation of French artists who followed Daumier in the nineteenth century were inspired by his critical observations, which became an extraordinary reservoir of ideas. Both Degas and then Lautrec were enthusiastic admirers of French caricature, delighting in its animated qualities, stylistic freedoms and contemporary themes. They were particularly enamoured of Daumier’s caricature. Degas held Daumier in high regard, noting: ‘But I am of the opinion … that there have been three great draftsmen in the nineteenth century: Ingres, Delacroix and Daumier’. He was inspired by Daumier’s drawing, his interest in physiognomy, his expressive qualities and modern themes, which the younger artist then adapted. This is evident from Degas’ notebooks of the late 1860s and 70s, which include the artist’s copies of Daumier’s caricature and signature. Daumier’s art came to inform Degas as he looked to more contemporary ideas and left behind those grounded in classical or historical themes during this time.

Degas embraced motifs of modern French life—the ballet, the racecourse, the café-concert and the demi-monde—and played an important role in the rejection of mythological and historical subjects favoured by the more adventurist artists of the time. Many of Degas’ ideas on composition and subjects were drawn from Daumier. The caricaturist’s lithographs were a particular favourite and Degas acquired about 1800 out of almost 4000 prints for his own private collection. Degas was much taken with Daumier’s skill as a draughtsman, and both shared a mutual interest in physiognomy, and the theory that appearance reveals character.

In turn Lautrec adopted Daumier’s penetrating eye and wicked sense of humour. The youngest of the three artists featured in Impressions of Paris, Lautrec also assimilated lessons from Degas, borrowing themes and compositions from his idol. Lautrec admired and emulated Degas, which is evident in his compositions of drinkers at bars, dancers on stage, cabaret scenes and courtesans. All reveal the powerful role that Degas, and by extension Daumier, played in Lautrec’s artistic development. However, in his prolific yet short life, dying before his 37th birthday, Lautrec mapped out an extraordinarily inventive and original style.

These three master draughtsmen captured the spirit of Paris in their prints and posters. Through the examination of this work, we find clues as to why dramatic changes took place in French art over the nineteenth century. They formed part of other generations of artists who admired Daumier and who adapted the caricaturist’s critical lithographic observations. In this way Daumier’s legacy was a brilliant journalistic record of the modern capital and contributed to an era in France ripe for a new art.

Featuring over 150 prints, posters, drawings and monotypes drawn from the collection of the National Gallery of Australia, Impressions of Paris: Lautrec, Degas, Daumier examines the role of each artist in the development of nineteenth century art in France—their influence and their originality.