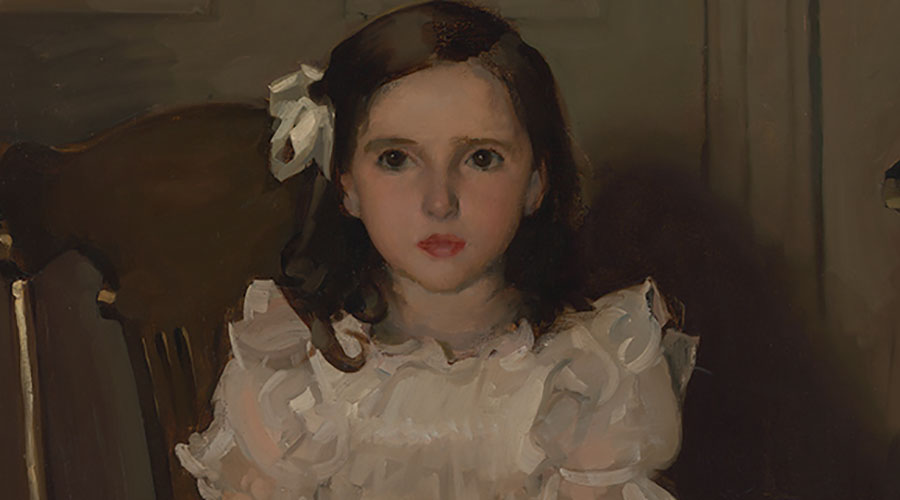 Hugh Ramsay Exhibition is now showing at the NGA

Hugh Ramsay was an accomplished Australian artist whose portrait paintings achieved success here and in France before his untimely death at 28. This retrospective brings together paintings, drawings, sketchbooks and letters from collections around the country to celebrate his achievements.

Displaying a passion for art early on, Ramsay entered the National Gallery School in Melbourne at 16. Spending time in Paris as a young man, he worked from a studio in Montparnasse for much of 1901–02 and had four paintings selected for the New Salon in Paris in 1902, an exceptional feat for an emerging artist.

Ramsay was close to his family and featured them in his work, the most notable being those of his sisters, Jessie, Margaret and Nell. Two of them feature in one of his most accomplished paintings, Two girls in white (or The sisters) 1904. Other paintings in the exhibition have not been shown in a retrospective context before.