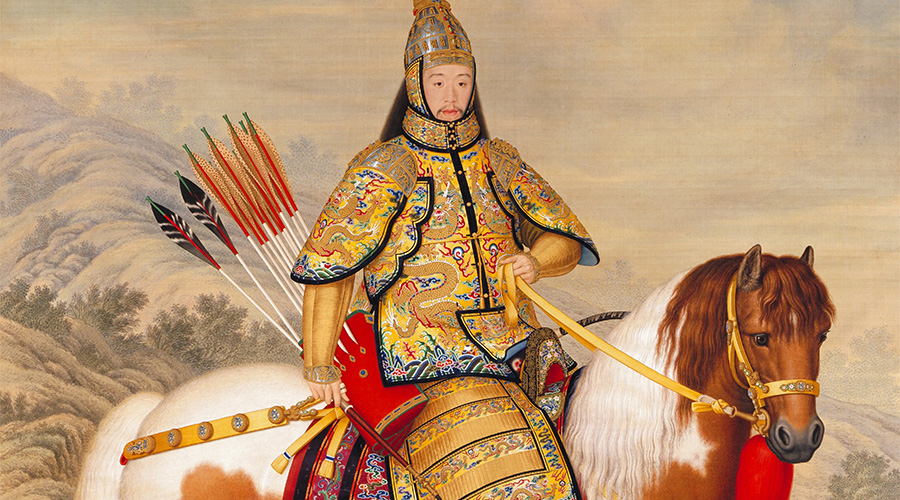 A Golden Age of China Exhibition at NGV

A Golden Age of China tells the story of China’s foremost art collector Qianlong Emperor, one of China’s most successful rulers and fourth emperor of the Qing dynasty (1644–1911).

This exhibition provides an unprecedented opportunity to explore a rich concentration of more than 120 works from the Palace Museum’s art collection, which is built on the imperial collection of the Ming and Qing dynasties and holds some of China’s most rare and valuable works of art in its collection.

The Qianlong emperor’s long 60-year reign (1736–1795) was a particularly fascinating time in China’s history. During his reign, China was the wealthiest and most populous nation in the world. The Qianlong emperor studied Chinese painting, loved to paint and particularly loved to practice calligraphy. The Emperor was also a passionate poet and essayist and over 40,000 poems and 1300 pieces of prose are recorded in his collected writings. Aside from his own art practice, Qianlong combined his passion for collecting art with his role as preserver and restorer of the Chinese cultural heritage. He also embraced the arts of other cultures, European, Japanese and Indian. Giuseppe Castiglione, an Italian Jesuit brother, exerted a great deal of influence in the arts of the court academy of the Qianlong emperor.

The exhibition includes a lavish display of paintings in silk and paper, silk court robes, precious-stone inlayed objet d’art and portraits of the Qianlong emperor, empress and imperial concubines; paintings of hunting scenes, court ceremonies and private lives of the Qianlong emperor and paintings of the emperor as scholar and art collector. There will also be a sumptuous display of ceremonial weapons of swords, bows and arrow, a chair made of antlers’ horns; silk court robes and ceremonial hats, amongst other ceremonial and palace treasures.