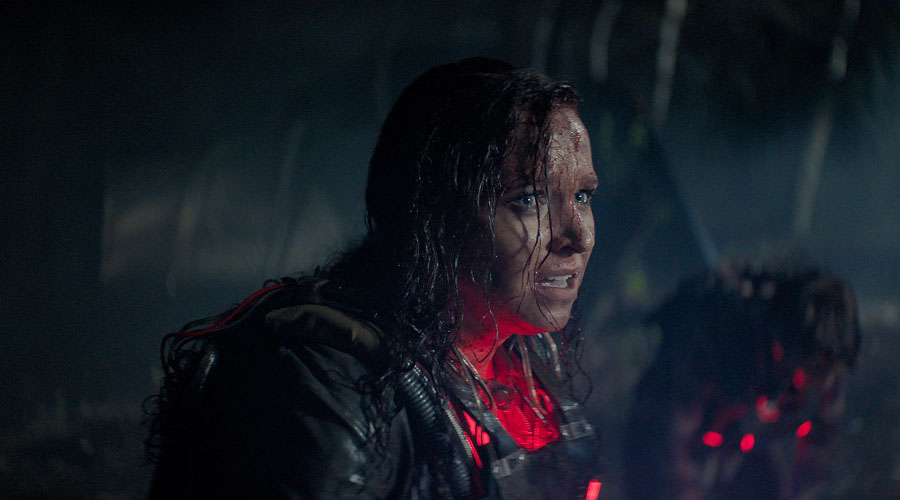 There are rules. If you’re young, drinking, doing drugs, having sex, or just hanging out in the forest, you will die. Everyone knows that. It’s built into the DNA of films of this ilk. Triggered attempts to turn these rules on their head. A group of youth out in the woods wake up to find that they have been drugged and now each member of the group has a strange vest permanently attached.

Mr. Peterson (Sean Cameron Michael), a former science teacher of theirs is the perpetrator of an evil plan. Immediately after identifying himself and laying out the bare bones of his intentions, he ends his own life with a self-inflicted gunshot. Left to figure the remaining details the group set off on an ill-informed endeavour. As Peterson’s plan comes into focus the group dynamics are ever-changing.

The vests are actually bombs and have timers on them. When the clock runs down they explode killing the wearer. The only way to extend the time is to take another’s life so everyone turns on each other. Expanding the threat to include everyone ramps up the tension and action. It also elevates Triggered from the single combatant to overcome to something more engaging and visceral.

Triggered is out now via your favourite purveyor of DVDs as well as Video On Demand and other streaming services.