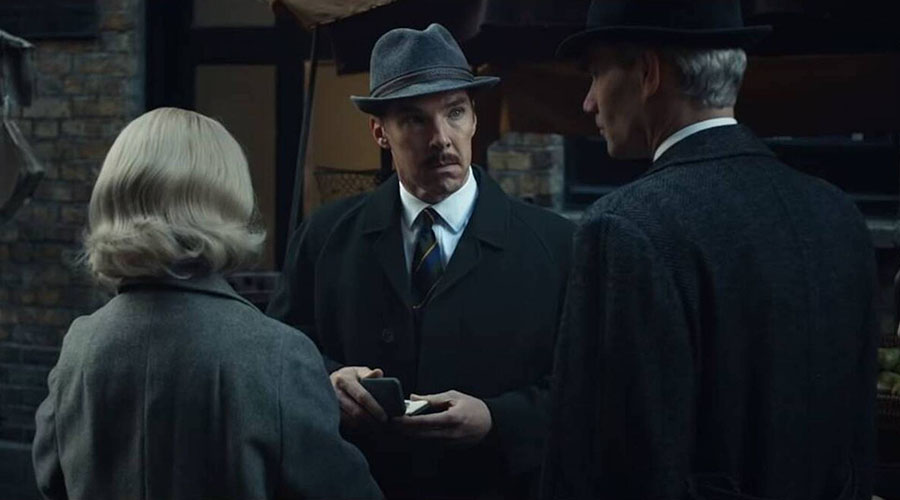 For those looking to enjoy a slick spy thriller, you know the type, minimal menace, maximum style, it would be best to look elsewhere. The Courier is gritty, harrowing, and very engrossing. Benedict Cumberbatch plays Greville Wynne, an unremarkable English salesman who is chosen for just that trait to become part of a US and British plan to extract information from a Soviet informer.

The conspirator is a Soviet military intelligence (GRU) colonel by the name of Oleg Penkovsky (Merab Ninidze) who sees danger in the erratic leadership of Nikita Khrushchev played by the late Russian actor Vladimir Chuprikov. He reaches out to the West. Wynne is chosen to be his contact under the guise of being a simple businessman who Penkovsky can steal manufacturing techniques from.

The inherent danger of what the two are doing is never far from the surface and as the story progresses, the tension escalates. This leads to a final reel that is agonizing as you just know things will not work out for the best. Cumberbatch is all in on the method acting and transforms himself into a stick figure to sell the wretched circumstance.
.
The Cold War had many victims that history has hidden in the shadows and The Courier focuses on the real-life heroics of Oleg Vladimirovich Penkovsky. He was a man who paid a horrible price for following his intellect and sense of right and wrong, party politics be damned. This is edge-of-the-seat stuff that doesn’t let you off easily.