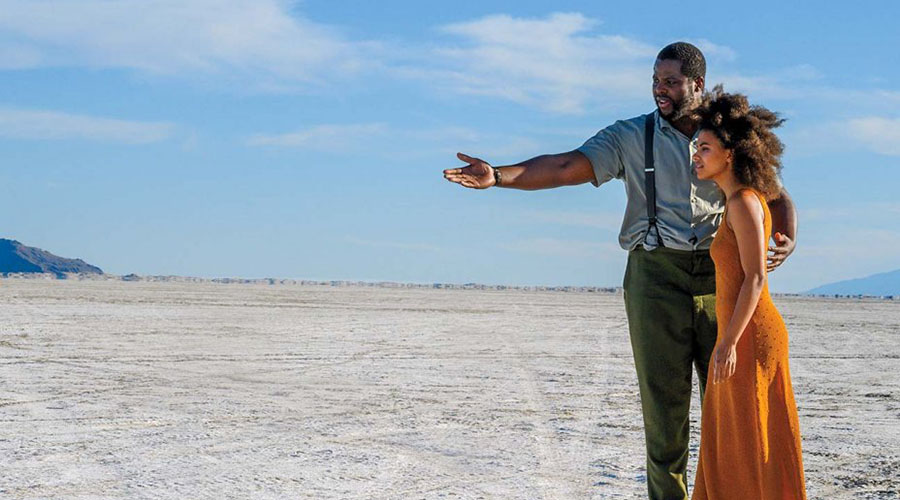 Unique from beginning to end, Nine Days asks much from its audience. It is the kind of cinema that rewards those with a taste for a challenge. The material here is neither violent nor confrontational but requires an active approach to buttress its structure into solidity.

The scenario is as follows, Will (Winston Duke) occupies a lone house at the end of the world where he is instrumental in choosing entities to venture out and become human beings. The applicants are varied and each has both advantages and disadvantages to take into consideration before the final selection of just one.

Through a series of challenges, Will is able to gauge the potential of each. These tests are heavily coloured by a reference point of a life filled with trauma and resilience is heavily considered. Into this fray comes Emma (Zazie Beetz) whose unconventional approach to just about everything challenges Will’s overly structured world.

Nine Days tells a story behind an act of inception that is devoid of obvious religious connotations and it speaks to a man’s redemption. From an opening scene that feels mundane to its final immensely satisfying scene, it’s unlike almost anything out there. It also relies heavily on a powerful final scene to pull it all together and it’s great to say that the film’s creators have succeeded admirably in that task.