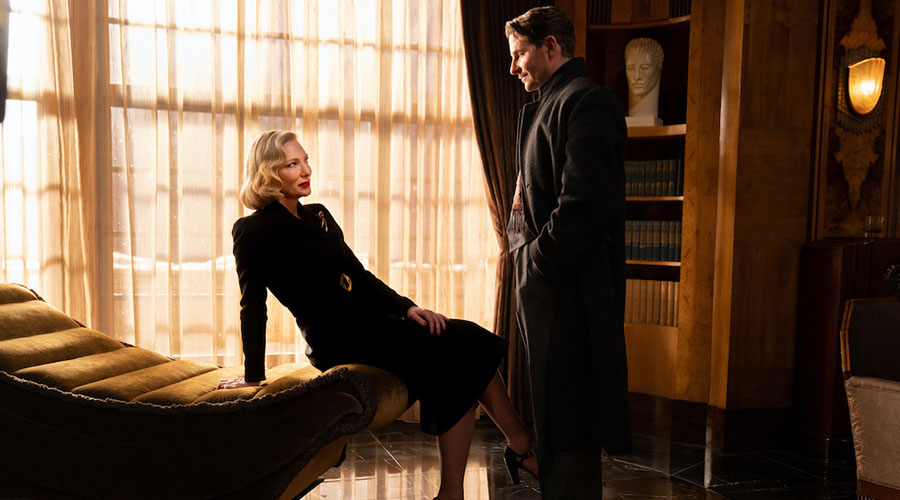 When you have a master of atmosphere like Guillermo del Toro tackle a story drenched in the shadows like Nightmare Alley, you know it will look arresting and it does. Setting it in the never what it seems world of the carnival enhances both the visual themes and the mysteries built into the storyline.

We follow the life of Stanton Carlisle (Bradley Cooper) a drifter who finds a purpose at the feet of Pete (David Strathairn), a grifter running the psychic medium scam at a traveling carnival with his partner Zeena the Seer (Toni Collette). Stanton learns the trade and sees himself as capable of more and aggressively makes those ambitions come to fruition.

The story is told in two distinct parts and part two features Cate Blanchett as the sultry Dr. Lilith Ritter. The two develop a working relationship and Stanton ups his game to pull the long con on the uber-rich. It’s these (mis)adventures that ramp things up and provide the last reel with its twists and turns.

Making more than a few comments on the vanity and naiveté of the superrich as well as how people’s beliefs can be swayed by grief and a convincing con, Nightmare Alley has a valid point behind its hyper-stylised noir look. Perhaps more convincing visually than story-wise, del Toro still creates an intriguing world that is easy to get lost in.