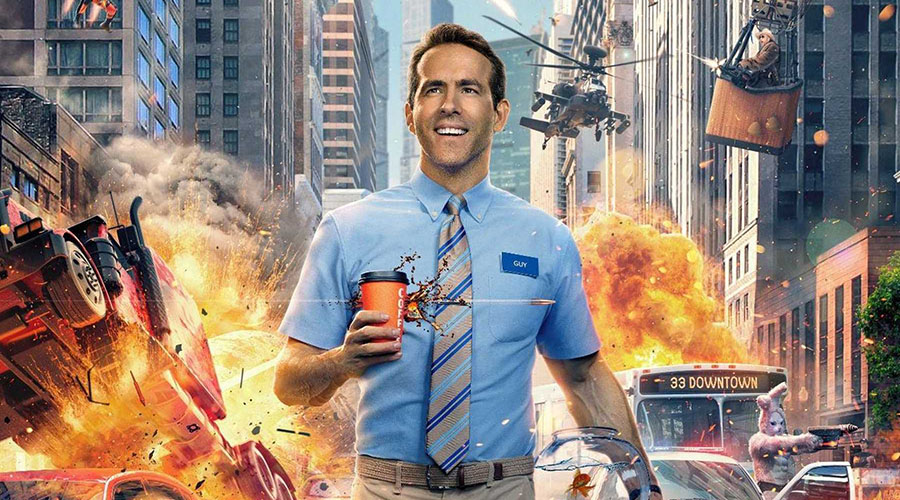 Ryan Reynolds is back on the big screen with a lot fewer swear words but with his innate charm fully intact. He plays Guy whose perfect world is about to come to an end. His life of repetition is about to come crashing down when he comes into contact with Molotov Girl (Jodie Comer).

This imaginative take on life inside a video game is overloaded with a retina shredding colour palate and calamitous action. As things progress there is added depth in both the character’s backstory and their emotional makeup as we get to know the players.

There are plenty of treats for fans of the video game universe and for those that revel in the Marvel/Disney cinematic universe. There is a series of hilarious scenes that involve a roid rage version of R.R. and the inclusion of several iconic references to Star Wars and the MCU.

Strangely there is a slight misstep in casting in the final act as Taika Waititi as the big baddie Antoine doesn’t work that effectively. It’s just too difficult to see such a nice guy playing an evildoer. That issue pales though in the overall momentum of the film and its dazzling look and entertaining storyline.