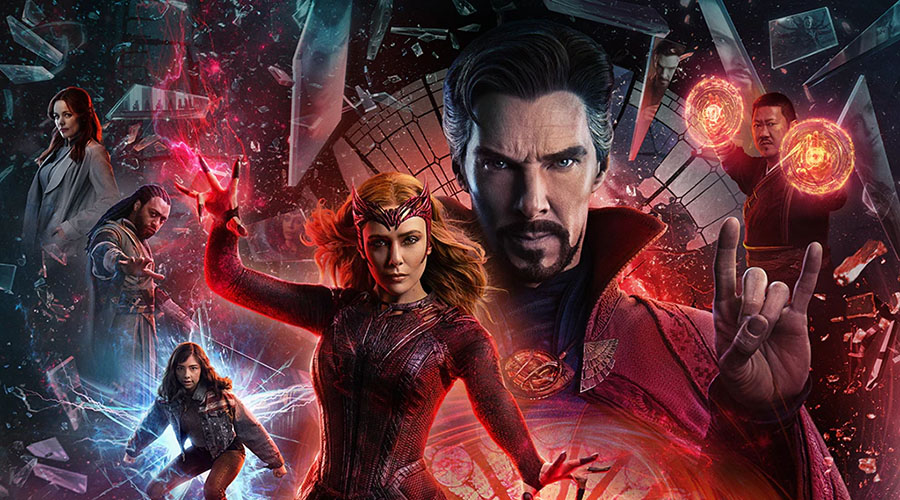 Doctor Strange in the Multiverse of Madness Movie Review

Having always found the Doctor Strange character one of the silliest in the MCU and even though our house is filled with Cumberbitches, expectations for Multiverse of Madness were quite low. To the surprise of all the film won us over even with all the goofy hand gestures still intact.

Highlights include a classic cameo and some interesting universe graduates introduced and then dispatched rather quickly. There is also a great scene where two of the Doctors battle each other with music notes. This was very much enhanced by seeing the film in a theatre with a kick-butt sound system.

The storyline as it is makes little sense but that is almost beside the point by this moment in time. Suspend expectations and just revel in clever homages to some classic sci-fi films of the past (2001: A Space Odyssey I’m looking at you) and some very imaginative computer-driven special effects that have the wow factor.

With the company behind the Star Wars movies burnout hopefully learning their lesson, Doctor Strange in the Multiverse of Madness is well placed to live in that episodic world but can easily exist outside of it as well. Of course, stay to the very end of the credits to catch a coda to that classic cameo mentioned earlier.
Rob Hudson
www.facebook.com/MarvelAUNZ/