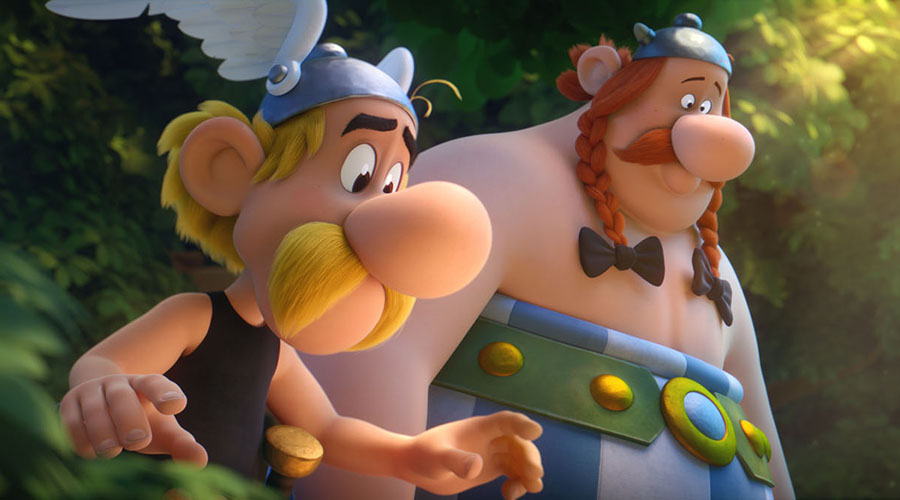 Asterix: The Secret of the Magic Potion Movie Review

There are a few things you need to know about the Druids that live in the world of Astérix. They have awesome beards, love to party, love their magic potions and apparently also love to rock out to music from the eighties. Who would have thought?

The wonderful French comic books featuring Astérix and his friends have fuelled many a youngster’s imagination and sense of fun both here and abroad. This animated feature, Asterix: The Secret of the Magic Potion continues with those traditions. It is whimsical, irreverent and at times, completely bonkers.

The village elder Panoramix (Bernard Alane) falls from a tree while helping a young bird return to its nest and sustains a broken foot. This decline in invincibility leads him to consider a successor to teach the production of a magic potion that gives one great strength. This strength helps the villagers to defend themselves. He sets out off with Astérix, Obélix and his apprentice Pectine to scour Gaul to find his replacement.

The film is decidedly French in feel and this removes some the restrictions that the American animators tend to place on their work. The characters get to go old school Three Stooges on each other and plot lines have few limits. It’s fun to return to this sense of anarchy. This is a work to be enjoyed by all ages for its irreverence and imagination.