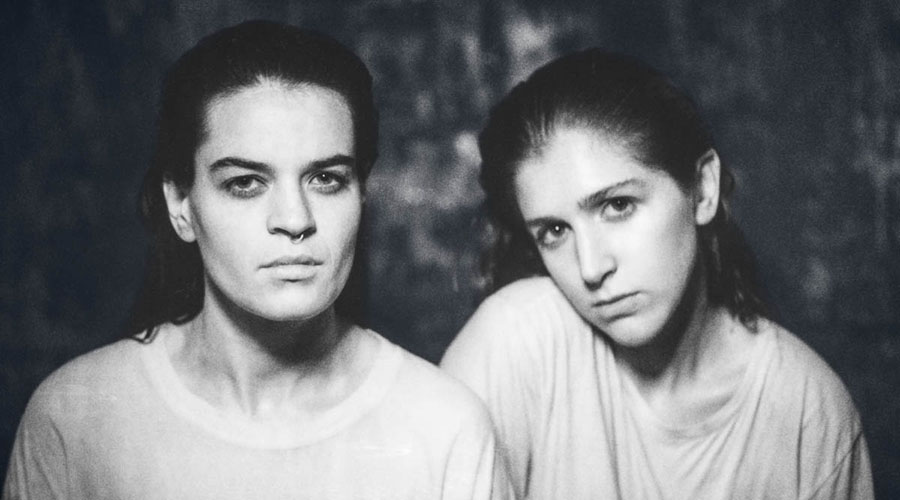 Listen to the Overcoats New Single Leave The Light On

On April 21, Create/Control will release YOUNG, the debut album from New York-based duo Overcoats. Co-produced by Nicolas Vernhes (The War On Drugs, Dirty Projectors) and Autre Ne Veut, YOUNG is a story about growing up told through the lens of two women who are wise beyond their years.

The announcement comes along with the release of the duo’s latest single – the thumping two-step and club-ready brass of ‘Leave The Light On’. The song, which premiered on Zane Lowe’s Beats 1 show, is the follow up to the captivating lead single ‘Hold Me Close’ and it’s follow up track ‘Nighttime Hunger’ – both of which deal with the complexities of love set to a backdrop of lush electronic beats and garnished with seamlessly intertwining harmonies.

NPR’s All Songs Considered says ‘Hold Me Close’ “unfolds with disarming intricacy,” and praises, “the splendor of its deliberate harmony”, while NPR Music also named Overcoats one of its favorite discoveries at SXSW last year, and the duo ranked #3 on NPR’s Listeners Poll of favorite new artists of 2016.  One such listener hailed Overcoats for, “The chills they give me; the fact that I can’t look away when they perform; their complex and irresistible harmonies; the vulnerability to their words and the dance-y beats they put behind them.”

Overcoats is comprised of former college roommates Hana Elion and JJ Mitchell, who co-wrote all twelve songs on YOUNG. The two were drawn to each other when they first met as teenagers in 2011, finding connection in a love of diverse musical styles, and forging a closeness that verges on sisterhood. Both members of Overcoats describe the first time hearing each other sing as an epiphany: the harmony of their voices leading to personal, individual discovery.

YOUNG weaves a tapestry of crystalline vocals with soaring synths and rich bass lines, and showcases a striking range for the duo. While their seamless vocal interplay and contemplative lyrics remain at the core of their sound, YOUNG is also rich with experimentation and sonic surprises.
www.facebook.com/thisisovercoats