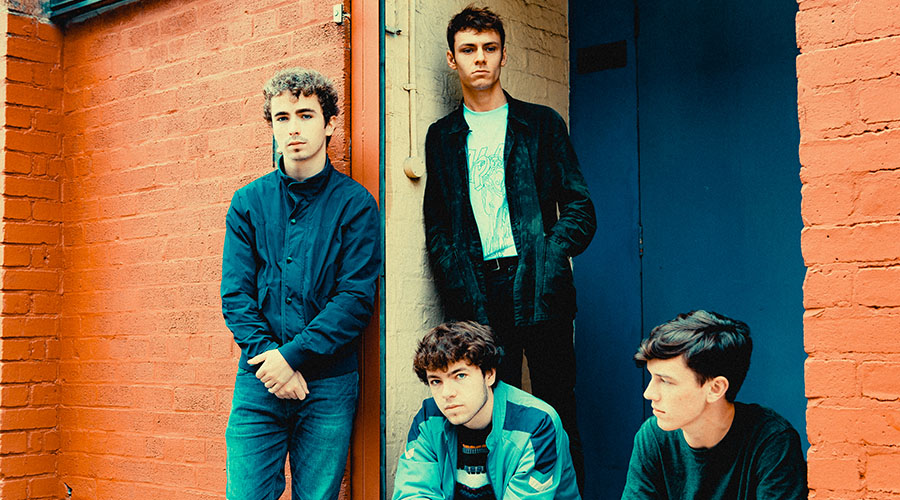 Listen to The Night Café new single The Way Of Mary

Liverpool’s The Night Café have released their long awaited debut EP, Get Away From The Feeling, which is out now via Create/Control.

To coincide with the release, the band have also unveiled new single ‘The Way Of Mary’, a track which once again pushes their sound to new heights, as impassioned and energetic vocals impact over driving riffs and a bracing beat, a cut which will no doubt sound huge on the festival stages that await them this summer.

LISTEN TO ‘THE WAY OF MARY’ HERE

‘The Way Of Mary’ follows recent singles ‘Strange Clothes,’ ‘You Change With The Seasons,’ and ‘Mixed Signals’, three tracks which showed a new and accomplished layer to the rising quartet’s already joyous songwriting craft.

This long awaited EP release comes after a huge couple of years for for The Night Café. Having grown up in the same area of Liverpool and separately developed a love for playing music while at secondary school, it took a while for members Sean, Josh, Arran and Carl to be introduced through mutual friends, but they soon struck upon a natural songwriting chemistry.

Initially plying their trade as drummers, Sean and Josh began to play guitar and twisted Arran’s arm into swapping his guitar for the bass, with Carl picking up the sticks later. Strongly attached to their hometown, but eschewing the traditional musical heritage of The Beatles and The Coral, the four friends began to rehearse together, finding that their camaraderie was more than enough to fuel a deluge of joyous indie tracks — combining Sean’s charming lyricism and glowing vocal melodies with bold guitar hooks, snaking bass riffs and rich, metronomic drumming.

Settling upon the name, The Night Café, the quartet made the short trip upstairs to Whitewood recording studio — their practice space is in the basement of the Victorian building, known as Elevator studios, home to The Wombats, Dan Croll, Circa Waves, Echo and the Bunnymen, and Clinic — where producer Robert Whiteley helped to polish their promising demos into the sparkling, soaring 2015 releases ‘Growing Up’ and ‘Addicted’.

Returning at the start of 2016 with two more shimmering chunks of lively guitar music in ‘Together’ and ‘Time’, the band crystallise exactly how it feels to throw off the shackles of school life and be catapulted into a world of new experiences at eighteen-years old, all tied together with an infectious rhythm and melodic crispness more akin to Fleetwood Mac than any of Liverpool’s past icons.

Which leads us to this point in time and their career and the release of their debut EP and their most fully formed work to date.
www.facebook.com/nightcafeband