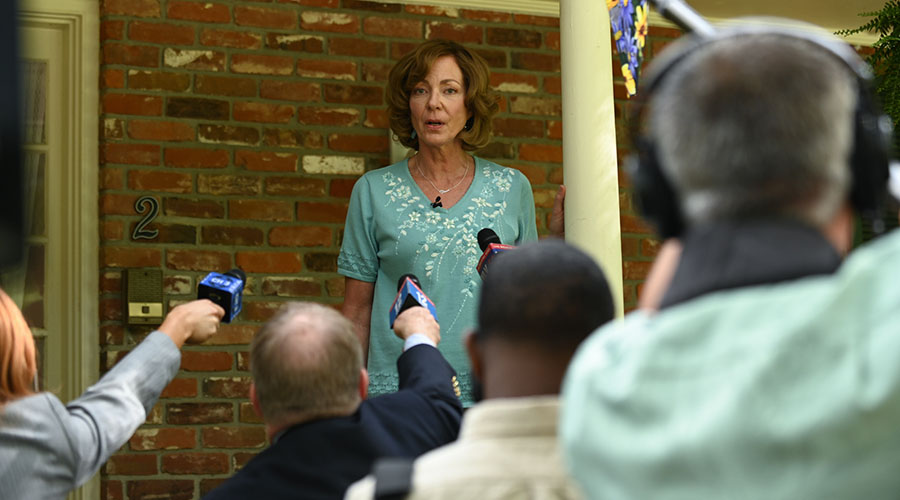 There is no easy way to describe Breaking News In Yuba County. Calling it a comedy with a body count goes a way but falls short of adequately identifying the level of unhinged activity at play. Just when you think it couldn’t possibly get any more deranged it exceeds your expectations and then some.

What starts as an examination of a lonely under-appreciated housewife named Sue Buttons played by the always interesting Allison Janney soon turns into something very different. Sue feels so powerless that when an opportunity to become the centre of attention comes her way, she will leave common sense and morality far behind.

The comments on the media and its way of manipulating viewers’ emotions are razor-sharp but they are buried deep in the heart of a screwball comedy. A work that feels so unfocused at times and so random that you marvel at its lack of cohesion. Releasing you from a sense of expectation becomes its charm.

Breaking News In Yuba County will split audiences and requires a very dark sense of humour to get on its wavelength. That’s not necessarily a bad thing. With the ever-expanding number of takes on the comic genre, this crowded field needs a dark gem to challenge what’s considered funny. This is a work that will take time to find its audience.