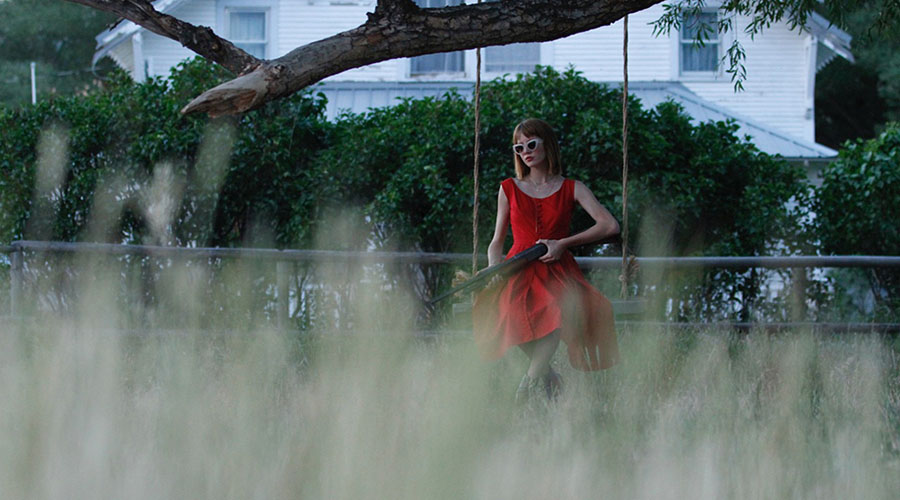 The Brisbane International Film Festival is lucky enough to the celebrating the WORLD PREMIERE of Broken Ghost – make sure you get tickets for this exclusive event!

On the face of it, they’re just another family moving to the wide open spaces of the Big Sky Country for a tree change.

But for teenage Imogen Day (Autry Hayden-Wilson) and her parents Samantha (Scottie Thompson) and Will (Nick Farnell), the move to Montana is an escape from quite a unique kind of bullying. Desperate to make a new life for herself, Imogen must overcome new tormentors, old secrets, and a strange presence in the attic in this coming-of-age tale, wrapped in a ghost story. Shot in and around the city of Livingston on the Yellowstone River – in the same neighbourhood as classics such as The Horse Whisperer and A River Runs Through It – Broken Ghost makes full use of the million-dollar scenery to boost its tiny $600,000 budget.

Helmed by Australian director Richard Gray, and starring some up-and-coming homegrown talent, it was penned by Melbourne-based husband-and-wife screenwriting team Abe Pogos and Catherine Hill, who also wrote Gray’s last film, 2014’s Sugar Mountain, starring Cary Elwes and Jason Momoa. BIFF marks the world premiere for this exciting new drama, the latest indie film to showcase Australians on the world stage, both in front of and behind the camera.