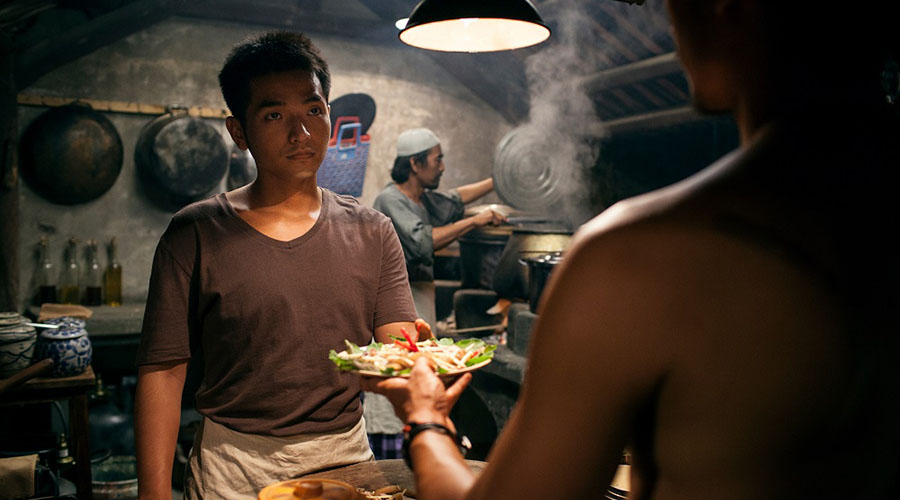 Join the Brisbane International Film Festival with filmmaker in attendance plus Q&A screening on Wednesday, August 30 at 6pm at Palace Barracks. Plus there will be Vietnamese finger food and glass of wine following the film!

Based on a short story with the same name by author Do Phuoc Tien and boasting an exceptional cast, the beautifully stylised The Way Station centres around the crumbling, isolated restaurant White Night and the different lives of those who live and work there, all from disparate origins and gathered in this little village by the sea.

Young Phuoc aimlessly wanders into the restaurant and with adept chopping skills is hired. He quickly discovers there is a mysterious and beautiful woman, Chu, the boss’s daughter, living upstairs. Sharing the living and working space the family and eclectic workers struggle with their own loneliness and unfulfilled dreams.

Soon a love triangle struggle commences centred around Chu, and jealousy, payback and violence occurs between Phuoc and the other young man. The boss finds out about his daughter’s secret sex life with the workers and the imperious Chinese descendant father, expertly played by Hoang Phuc, does an unexpected thing. Woman At Home (Singapore, 2017, 12 minutes) short film directed by Megan Wonowidjoyo will screen before feature.