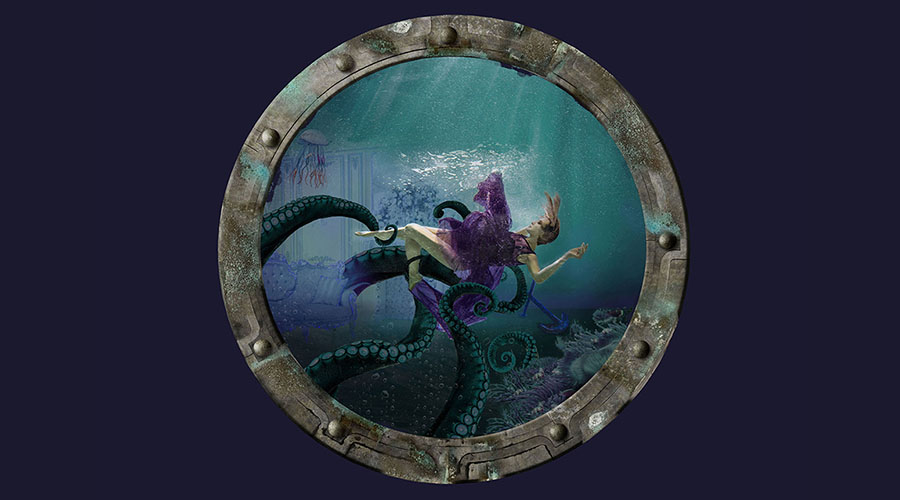 The troublemakers and disrupters of Broad Encounters have been embroiling themselves in a fresh intoxication – one of love, lust . . . and loss. In this scintillating, adults-only immersive theatrical adventure, the collective take on the timeless tales of Jules Verne, Hans Christian Anderson and Joseph Conrad, in a collision that promises adventures in an intricate and enthralling underworld of terrible sacrifice, sweet surrender, lost souls and a whole lot of fun.

The real story of the ocean depths begins where you left off.
Wonders that defy my powers of description.
Secrets that are mine alone but which I would be prepared to share with you.
Welcome to a world of subterranean delights . . .

In 2021, Broad Encounters redefined the definition of a theatrical experience, with a macabre immersive journey through the work of Edgar Allan Poe. In 2022, LOVE LUST LOST will take multi-sensory adventuring to a whole new ‘submersive’ level. A new underworld awaits, featuring more than 32 designed spaces and a cast of seven stellar performers encompassing music and theatre, soundscapes and song, spoken word and dance, circus and sculpture.

Broad Encounters’ Director, Kirsten Siddle said, “LOVE LUST LOST is our most ambitious work to date. It tells a story of longing and desire, sacrifice and surrender, avarice and passion. LOVE LUST LOST will transport and enthral you in every way possible.”