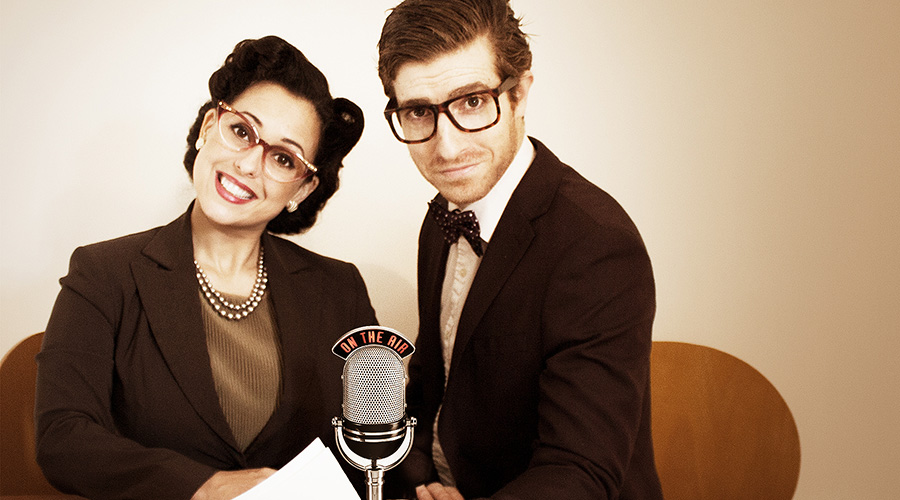 Pull up a cabaret seat and tune in at the Judith Wright Centre this February when outrageously ocker duo Barbara and Barry bring the laughs, love and music with Sweet, Sour and Saucy, ahead of a Queensland tour.

The 1950s inspired radio talkback show features songs of yesteryear from Louis Armstrong, Ella Fitzgerald and Eartha Kitt, along with a dose of dodgy relationship advice from these self-appointed “experts on love”.

Just in time for the valentine season, audiences can get in on the fun of this interactive cabaret by requesting a love song dedication online, which Barbara and Barry will perform in front of their ‘live studio audience’.

The brassy banter between the pair is a laugh-out-loud delight as the vintage musical duo solve – or at least, attempt to solve – dilemmas of the heart submitted on the Barbara and Barry website.

Always adored by audiences, Melissa and Tnee have collaborated on stage for more than a decade, performing to critical acclaim at Brisbane Festival, Queensland Music Festival, plus regular appearances at the Edinburgh Festival Fringe.

Recently awarded a Fellowship from the Winston Churchill Memorial Trust, Melissa will travel throughout the UK with her family in tow during the second half of 2015.

The golden age of radio gets a whole new spin this summer, so for a night out of the Sweet, Sour and Saucy variety book in with Barbara and Barry now!