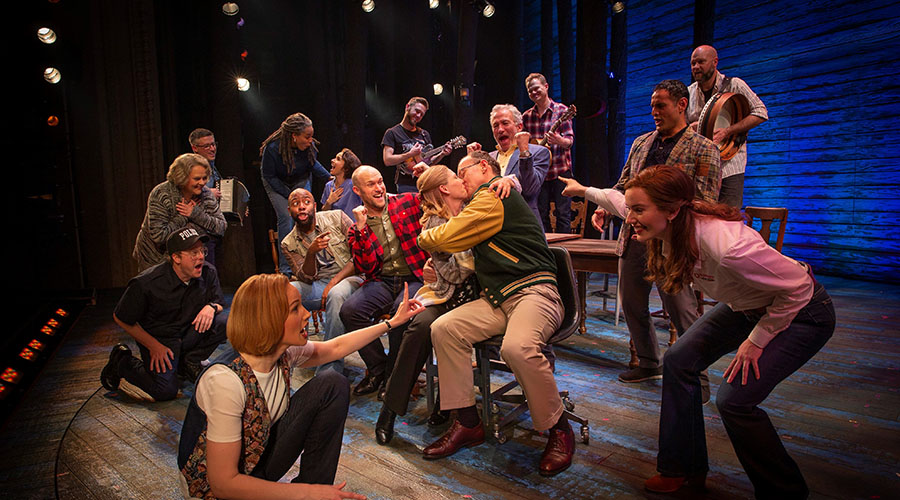 Global Hit Musical Come From Away is coming to Brisbane this March!

Producers Rodney Rigby and Junkyard Dog Productions are thrilled to announce that the worldwide smash hit, Tony and Olivier award-winning musical COME FROM AWAY, will open at QPAC’s Lyric Theatre from 28 March 2021 for a strictly limited season. It will be the first major musical to open in Queensland since the COVID-enforced shutdown.

Set to inspire audiences, COME FROM AWAY follows the incredible real-life journey of 7,000 air passengers who became grounded in Gander, Newfoundland in Canada in the wake of the September 11 tragedy.

The small community that welcomed the ‘come from aways’ into their lives provided hope and compassion to those in need. Award-winning husband and wife duo David Hein and Irene Sankoff (book, music and lyrics), travelled to Newfoundland and interviewed thousands of locals, compiling their stories to share with the world.

The Australian Company took Melbourne by storm in 2019, becoming the most successful musical ever staged at The Comedy Theatre and breaking all box office records. It marks the fifth production of the musical worldwide, joining international productions on Broadway, in Toronto, the West End and the US National Tour.

Producer Rodney Rigby said “As the world collectively faces one of the greatest challenges in modern times, COME FROM AWAY reminds us that compassion is at the core of our humanity. This is a story about unity, and about acting with kindness regardless of our differences.”

In 2020, the musical added to its international award tally with five Green Room awards including Best Production and Best Ensemble. In 2019, along with being voted Ticketmaster’s ‘Ticket of the Year’ by Australian audiences, the musical won four Olivier Awards including Best New Musical, Best Theatre Choreographer, Best Sound Design and Outstanding Achievement in Music, along with four Broadway World UK awards.

The production will open in Brisbane in QPAC’s Lyric Theatre with performances commencing 28 March for a strictly limited season.

Come From Away
From March 28
QPAC, Lyric Theatre, Brisbane
www.comefromaway.com.au