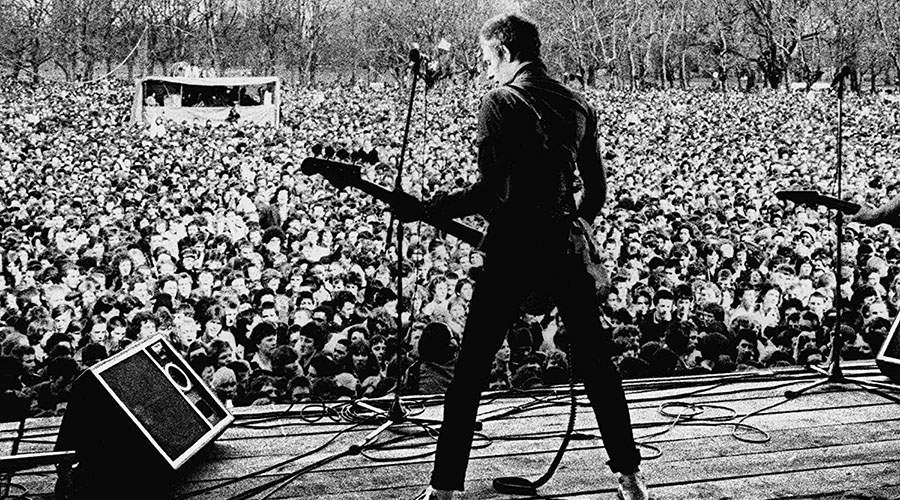 As the popular music of today seems to become more and more like aural wallpaper, it’s easy to forget how powerful a force it was for social change in the previous decades. White Riot tells of a time when the universal language helped to power a grassroots movement to focus attention on the wave of racism that cascaded over Britain in the seventies.

The lines were drawn between the Callaghan government and their passive support of the anti-immigrant National Front and the opposition to this status quo by the more forward-thinking youth of the time. This situation found its champions in Red Saunders, Jo Wreford, Pete Bruno, and others. They conceived a one-off concert called Rock Against Racism as a reaction to the racist rhetoric put forth by Eric Clapton, yes that Eric Clapton.

That concert helped start a movement that led a highly politicised fanzine called Temporary Hoarding and to further concerts that culminated in a gig in Victoria Park in Hackney. That event started with a protest march from Trafalgar Square to the East End of London that drew 100,000 people and featured musical acts The Clash, Steel Pulse, Tom Robinson Band, X-Ray Spex, and Jimmy Pursey (from Sham 69).

The documentary is presented with a sympathetic take on the cut and paste feel of a fanzine, and highlights the point that when focused, the will of the people (even small numbers at first) can create a level of attention to help make change possible. It speaks to the abhorrent pull of systemic racism that that moment of progress feels so distant today.