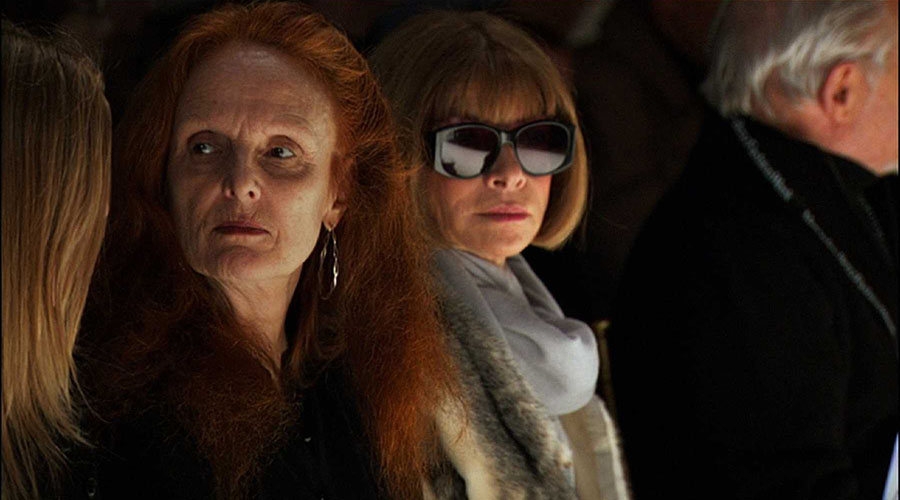 As far as documentaries go, The September Issue has it all. Two main protagonists, the reclusive empress of the fashionistas, magazine editor Anna Wintour and her creative director, Grace Coddington. A sizable obstacle to overcome, the production of the largest edition ever of the world’s most influential fashion publication, Vogue and a rarely granted inside glance into an industry that affects a large portion of the world’s population (regardless if they know it or not).

At first it’s fascinating to watch the sycophantic behavior of all the worker bees that buzz around Wintour and to see one of the lone voices she has around her that doesn’t just nod in agreement, Coddington as they go about their business. This slowly gives way to the realization that Wintour and her almost absolute grip on the reins is the appropriate pecking order and without her stern and exacting view on things, the direction of the magazine would drown in a flourish of eccentric egos and self-centered interests.

The private Wintour has never granted this much access to her life before and filmmaker R.J. Cutler makes the most of it. This includes an amazing scene where Wintour concedes that her overachieving siblings consider what see does as trivial. The film also has some very funny moments, as the views get more in depth of the cast of these crazy characters.

Even if you’re not particularly interested in the world of hyper fashion, this film is still an interesting experience and succeeds admirable in making you care about both the subject matter and its participants.