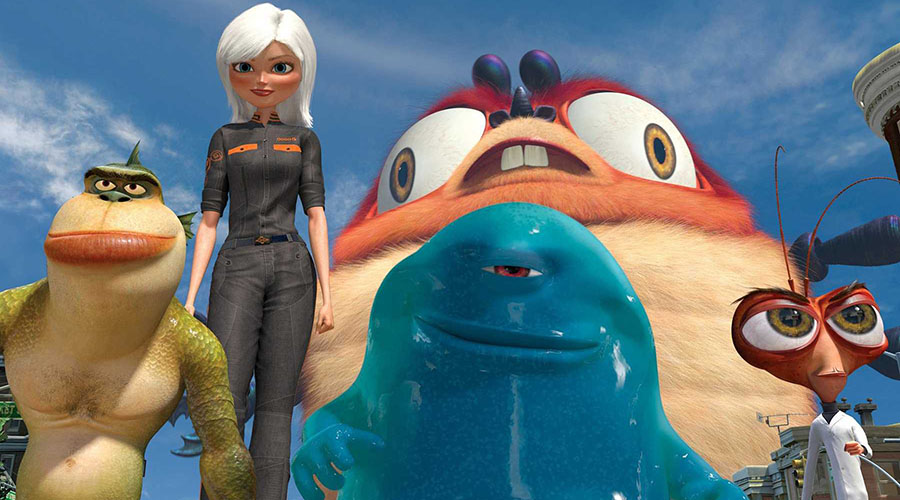 As a visual treat, the 3D version of Monsters vs Aliens receives top marks. It’s well worth the effort to seek out a theatre screening this deluxe model. If it’s been a while since you’ve seen modern 3D cinema, prepare to be impressed. It’s not just retro fun anymore but marks another weapon in the filmmaker’s arsenal of entertainment.

The story revolves around the government’s cover up of actual monsters that inhabit our planet. These monsters are eventually revealed to the public when the earth in invaded by aliens, who of course have ideas of world domination.

Setting the story in the world of CGI animation gives the filmmakers carte blanch to create and destroy what ever they want and this leads to some outstanding moments of mayhem including the destruction of the Golden Gate Bridge.

Many modern-day animated features find a fine balance between adult and youth entertainment and include enough adult innuendo to keep the parents happy while the young ones are blissfully unaware. Monsters vs Aliens keeps these risqué moments to a minimum and that lands the film more in the children’s only camp. It’s still a marvel to look at and the youth will certainly be riveted but as adult entertainment, it has slightly less to offer.