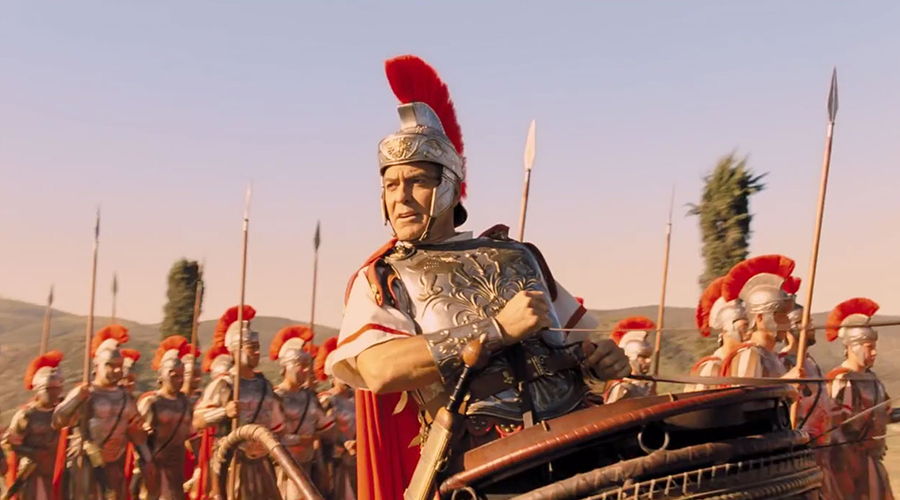 File this one under ‘They just don’t make them like that anymore’. The Coen’s loving tribute (and farce) to a Hollywood studio system long gone and a way of film making also confined to past histories is a comedy that isn’t really built on laughs but more dedicated to paying dividends to film aficionados as well as hardcore Coen Brothers fans.

Viewers with a basic knowledge of cinema history will be paid dividends as the references to a glorious past arrive with regularity. From references like the dance extravaganzas of Busby Berkeley to the screwball comedy of Cary Grant, the love and respect is up on the silver screen for all to see.

A familiar cast of characters is evident and Josh Brolin, George Clooney, Frances McDormand and Scarlett Johansson are just a few regulars that do justice to the always-impressive words of the brothers. There are also the usual underlining themes that give even a period piece like this relevance to today. The screenplay also features some classic Coen characters and the now almost pre-requisite absurd situations to mull over.

The Coen’s trend of following heavy fare with that of a more whimsical nature is intact and Hail, Caesar! is much less demanding than 2013’s Inside Llewyn Davis. It’s subtlety and irony might be lost on some but it’s a worthy addition to the Coen’s canon.