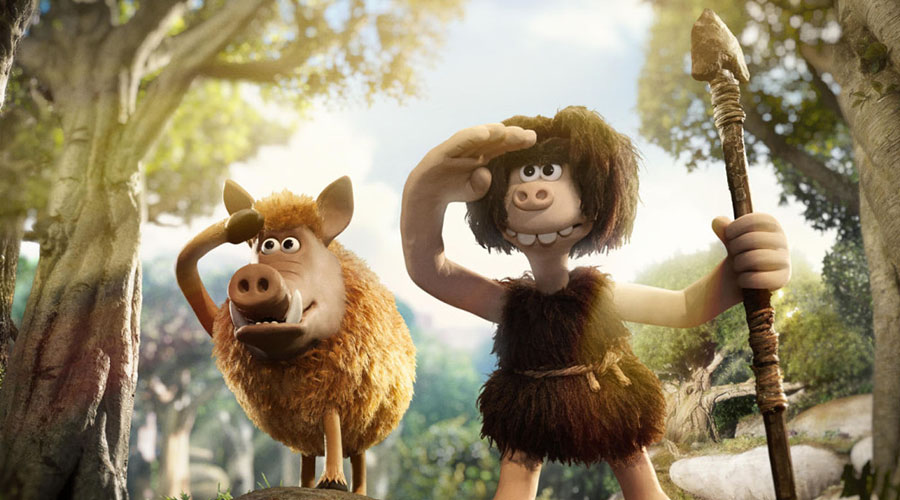 Aardman studios has always produced films that are quaintly British, with Early Man that tendency comes to full fruition. It may be seen through its claymation animation construction as a kid’s film but its content and subject matter is more adult than Play School.

The story revolves about the fictional creation of football and being eccentrically British we’re talking about soccer and not the American grid iron sport. The film features mostly a human type cast with a few animals to give it a youthful appeal. However the animals that do frequent the screen add a lot of the film’s laugh out loud humour.

It’s an odd mix of humour and commentary on such adult topics as the privilege of the rich and the social pecking order of the haves versus the have nots. It also tries to impart pertinent messages of the value of family and taking care of ones surroundings.

These messages are delivered with a light touch and the claymation technique with its occasional view of someone’s finger prints in the clay keep the production from being too slick. It lacks the charm of the characters of Wallace and Gromit but its earthiness and accessibility still provide a unique cinema experience.