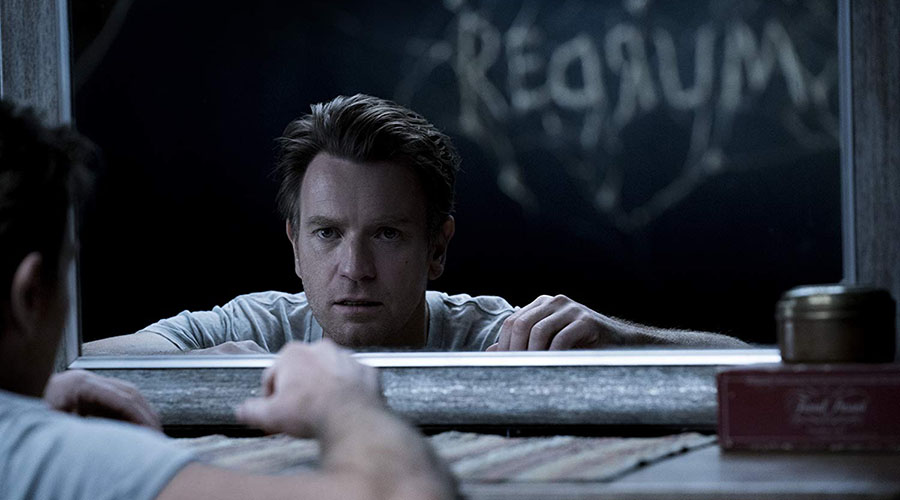 If it was a daunting task to create a sequel to one of the most iconic horror films of all time, Director/Screenplay Writer Mike Flanagan didn’t wilt under the pressure. Doctor Sleep is an assured effort that comfortably lives in the world created by Stephen King in his novels The Shining and it’s follow up, Doctor Sleep.

It picks up after the original film when we touch bases with the child Danny as he enters adulthood. His gifts have not made his life easy and he spends his days drinking, fighting and living a life of quiet despair. He relocates to an out of the way town, where the kindness of a stranger has a positive effect on his life.

Danny (Ewan McGregor) now lives a sober and quiet life until he is made aware of the evil temptress, Rose The Hat (Rebecca Ferguson) and Abra Stone (Kyliegh Curran) who is also powerful with art of shining. This contact has an all encompassing effect on him and this sets up a powerful confrontation that drives the second half of the film.

Very clever in its use of story details from King’s books, it is a self-sustaining work until the final reel, where an established knowledge of the first film/book will greatly enhance the viewing experience. It even goes some way towards clarifying details from The Shining. It was a tall order to create a worthwhile follow up to a real classic, but Doctor Sleep accomplishing the task with panache and effectiveness.
Rob Hudson
www.facebook.com/roadshow