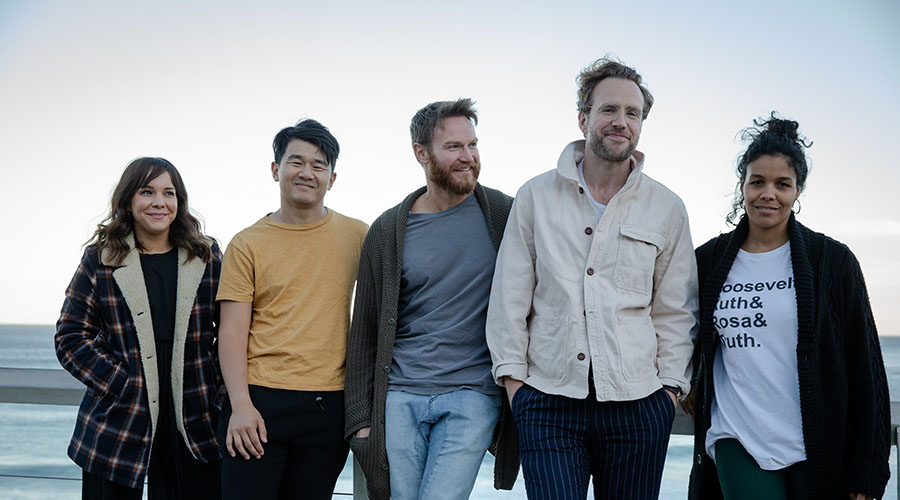 The four-week shoot will take place in Sydney with a stellar cast led by British actor Rafe Spall (I Give it a Year, The Big Short, Jurassic World) and supported by an incredible Australian ensemble including AACTA and HOPMAN award winning Zahra Newman, actor/comedian Ronny Chieng (Crazy Rich Asians), screen icon Noni Hazlehurst (A Place to Call Home), Dena Kaplan (Dance Academy) and Josh Lawson (Anchor Man). Lawson will direct his original screenplay. Jamie Hilton is producing alongside Michael Pontin and Isabel Stanfield for See Pictures, marking a second collaboration with Lawson after their Toronto break out The Little Death in 2014. Executive Producers are Josh Lawson, Sonia Borella, Josh Pomeranz, Charlie Tynan and Will Gammon.

The story follows Teddy (Spall), who wakes up the morning after his wedding to discover that every few minutes he’s jumping forward to the next year of his life. He must use every precious moment wisely to keep from losing the love of his life, and to learn to love the life he’s losing.

Long Story Short follows Lawson’s recent Oscar nomination for Best Live Action Short at the 2018 Academy Awards forThe Eleven O’Clock, which he wrote, produced and starred in. Lawson’s first feature The Little Death won the SxSW Audience Award and premiered at the Toronto Film Festival in 2014 and was released in over 30 territories. It has been remade in four languages, most notably the 2017 box office smash, Kiki Love to Love, which did over 1M admissions in Spain.

Lawson says: “It really is a dream come true to be making this film with a cast and crew of this stellar caliber. We’re all excited and grateful to be able to tell a story with such heart and positivity, and to set it in Sydney makes it all the sweeter.”

Spall says: “Josh’s screenplay is miraculous, and I couldn’t be happier to be playing Teddy. It’s wonderful to be staying with my family on Sydney’s stunning beaches and working with such an amazing team of people.”

Hilton says: “Josh is a remarkable comedic talent in front of and behind the camera. To have Rafe Spall here in Australia supported by such an incredible Australian cast is a dream situation. We look forward to working with STUDIOCANAL to bring this movie to audiences the world over.”
www.facebook.com/STUDIOCANAL.AUS