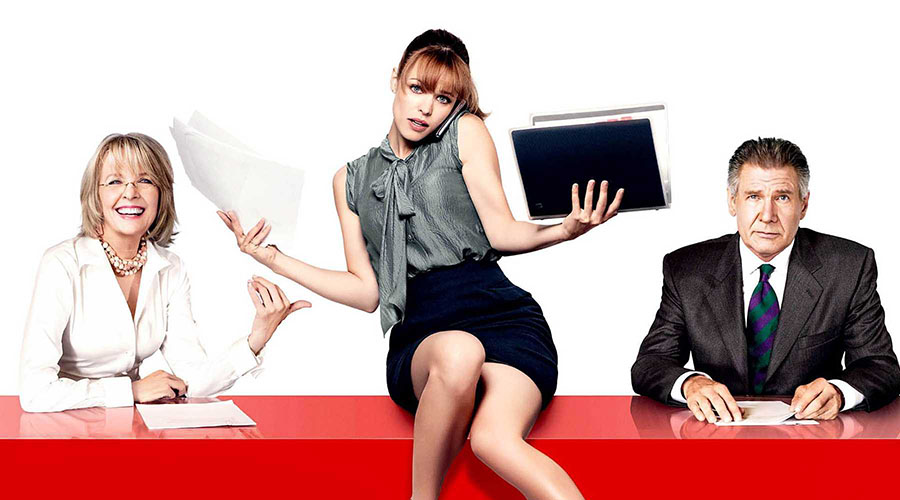 Far from a cutting edge exposé of the television industry like Network or Broadcast News, Morning Glory is a pleasant and occasionally very funny film. It follows the workaholic television producer Becky Fuller (Rachel McAdams) as she tries to resurrect a morning show floundering in forth place in the ratings behind the other three major networks.

The humour comes out most strongly when Becky become desperate to raise the show’s ratings and deal with the old school curmudgeon Mike Pomeroy (Harrison Ford) who as a link to the real news reporting of the past stands firmly in the way of her plans. The reel where those plans come to fruition in the film’s funniest twenty minutes.

The film has strangely uneven pacing and sometimes lacks direction, so there are times when your interest wanes in the proceedings but then it will hit its stride and become very effective. These moments are directly proportional to its success in making you laugh.

It’s great to see another girl power film where a woman succeeds by being smart and hard working and McAdams is very charming on-screen. More the shame she is let down by the patchy script. All is not lost though and the film is worth a look especially for those hilarious middle moments.