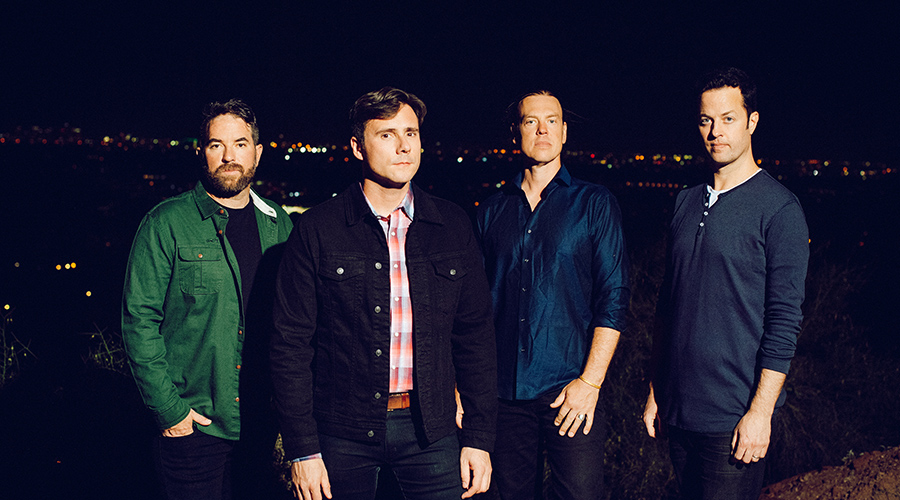 Frontier Touring are delighted to welcome back one of the defining bands of American rock music: Jimmy Eat World, returning to Australia in March 2020 for their first visit in three years and in celebration of their recently released tenth studio album, Surviving, out now via Sony Music Australia.

The Arizona band will perform three special headline shows only while in Australia. First up: WA fans can get their fix at Fremantle venue Metropolis on Monday 16 March. Brisbane fans are up next with a show at The Tivoli on Thursday 19 March, while Adelaide audiences get their long-awaited turn with a gig at The Gov on Monday 23 March.

Coming three years after 2016’s Integrity Blues, Surviving is Jimmy Eat World’s most personal, ambitious album to date. With 25 years and 10 albums so far, frontman Jim Adkins proves once again why he’s one of the most prolific songwriters in rock & roll. Together with bandmates Rick Burch, Tom Linton and Zach Lind, Jimmy Eat World’s hard-rocking melodies and killer lyrics have won over fans for more than two decades now, thanks to iconic tracks such as: ‘Bleed American’, ‘The Middle’, ‘Sweetness’, ‘Pain’, ‘I Will Steal You Back’, ‘Always Be’, ‘Sure and Certain’ and many more.

If reviews of the band’s current US tour run this month are anything to go by, Jimmy Eat World’s tour in March 2020 is not to be missed!

‘The entire performance, in a nutshell, was breathtaking.’ – therodeomag.com

‘There are few bands that can simply do no wrong, and Jimmy Eat World are one of them …  the band exuded a seasoned maturity not lacking for energy, feeding off the die-hards singing along against the barricade and the enthusiastic tipsy waving beers in the back.’ – starsandscars.com

‘After a killer main set, the band turned up the heat for the encore, starting with “555” and then going into ‘Big Casino’ off Chase This Light … “The Middle” as the night’s final song was a definite crowd-pleaser, proving it’s a great song which still rips hard live to this day.’– Brooklyn Vegan

Fans got their first taste of new album Surviving via singles ‘Love Never’, ‘All The Way (Stay)’ and ‘555’, the 10-track album self-produced by the band with Integrity Blues producer Justin Meldal-Johnsen. Critics have praised the band for another stellar effort:

‘Far from a band merely surviving, it would seem Jimmy Eat World is thriving’ – Upset Magazine