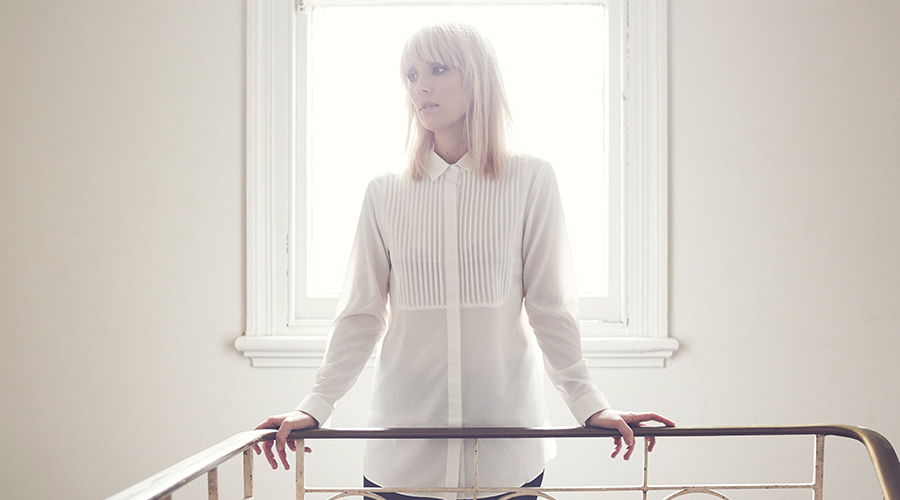 Ali Barter is a traveller; a questioner; an ethereal presence. This presence coils around 1970s stadiums and backroom bars; it clears it’s throat from the neck of her guitar. When people are fumbling to describe it, they use words like ‘compelling’. It’s something that prevents people from turning away. In the footsteps of 2014’s ‘Community’, ‘Hypercolour’ is the first single from Barter’s third EP. It’s entitled ‘AB-EP’ and is due for release in September 2015 via Ronnie Records/MGM.

A classically trained choirgirl who ran away to be an intermittent world traveller and self-confessed ‘rat bag’, it was the notoriously tortured Cat Power who re-ignited Ali’s fire for music and performance. She came back to Melbourne with life lived and stories to tell. Since her return to reality, the former triple j unearthed winner has been crafting her own smoky-smooth alternative rock that tests musical combinations, whilst reflecting and embracing the power chords and dancehalls that fill the animated stamps on her passport.

In ‘Hypercolour’, Ali sings with a subtle urgency. There’s an edginess hidden beneath a silky coating of delay pedals and resting atop a driving bass-line. A muted guitar riff draws you in, becoming simultaneously lush and aggressive, as Barter turns this fleeting moment into a blistering observation:

“I once heard a guy speaking about his life and how he was always looking for a ‘hypercoloured’ experience of reality, and I get that. I’ve constantly looked for something bigger and better. This song was written over 2 years and I guess I was letting go of this idea during that time. It’s about mourning a loss, and breaking free at the same time.”

Ali has found her musical soul-mate in producer Oscar Dawson (Holy Holy). The pair have been recording and steadily building Barter’s live show, playing pub residencies, regional tours and supporting the likes of The War On Drugs, Phosphorescent and Husky.

“Ali Barter, has taken the all-rare approach in the modern music landscape of an entirely organic rise. No hype and no gimmicks, just a musician slowly honing her craft and building towards something” Rolling Stone Australia

“Barter’s classy casual vocals would give PJ Harvey a run for her money” The Music, Melbourne