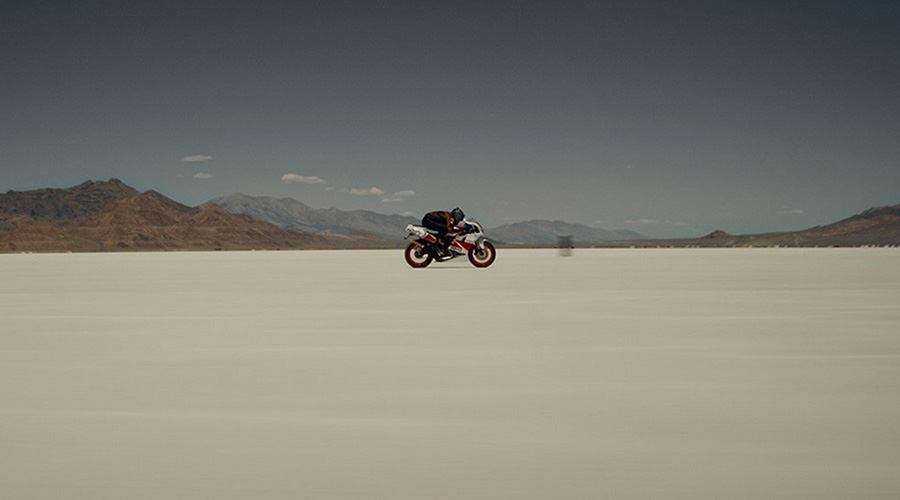 After the success of the inaugural TILT film festival last year, TILT 2014 is back and more action-packed than ever with the best seven new films across seven nights at Event Cinemas Indooroopilly and BCC Cinemas Coolangatta from November 24 – 30.

This year’s festival includes some of the world’s most renowned and acclaimed sports and adventure filmmakers including the highly anticipated modern follow-up to his father’s Academy Award winning homage to the joy of motorcycles ON ANY SUNDAY – The Next Chapter by Dana Brown (Dust to Glory, Step into Liquid), snowboarder filmmaking icon Jeremy Jones’ HIGHER,  Jon Freeman and Dana Nicholson’s  CRUSTY DEMONS 20th ANNIVERSARY and fresh from its world premiere as Opening Night film at the 2014 Banff Mountain Film Festival the extraordinary CERRO TORRE, featuring mountaineering wunderkind David Lama.

Kicking off on Monday 24 November with the extraordinary Australian Martial Arts documentary 100 MAN FIGHT, by first time Australian filmmaker Anton Cavka, audiences and lovers of martial arts, MMA and UFC will be inspired and blown away by the incredible story our very own Aussie Karate Kid.

Following on Tuesday 25 November is CERRO TORRE – A Snowball’s Chance in Hell which is set against the backdrop of breathtaking Patagonia, charts the legendary climber David Lama on his perilous attempt to climb one of the most dangerous and difficult peaks in the world. Fresh from its stellar response as opening night film at the prestigious 2014 Banff Mountain Film Festival, this Australian premiere is sure to leave audiences in utter disbelief.

Surf fans will be mesmerized by the premiere of the psychedelic new surf film on Wednesday 26 November from the creative team behind Surf Audience Award Winners Year Zero and Secret Machine STRANGE RUMBLINGS in Shangri-la documenting 2 years in the enthralling adventures of the Globe Surf team from Europe’s hot spots to remote beaches of Mozambique and every remote exotic locale in between.

Thursday 27 November brings snow-loving thrill-seekers the double bill Australian premiere screenings of the legendary maverick snowboarding filmmaker Jeremy Jones (Deeper, Further) new film HIGHER, shot entirely on Sony Action Cam.  Ten-time Big Mountain Rider of the Year winner Jeremy Jones revolutionized backcountry snowboarding with Deeper and his 2012 sequel, Further. Now in the final instalment of the trilogy, Jones traces his snowboarding journey from hiking Cape Cod’s Jailhouse Hill as a child to accumulating several generations’ worth of wisdom and expertise about thriving and surviving in the winter wilderness. This double bill includes ALMOST ABLAZE Awarded “Film Of The Year” at the 2014 International Freeski Film Festival, a global odyssey combining state-of-the-art cinematography,  the most progressive skiing, and a new level of sensory overload as each athlete is wired for sound, from deep in the Teton Range, to war-torn Winter Olympic venues of Sarajevo, the untapped terra of Sella Nevea in Italy ALMOST ABLAZE gives an rare experience and level of excitement where one missed step will result in total chaos.

The cultural phenomenon that is CRUSTY DEMONS will have its Australian premiere of Jon Freeman and Dana Nicholson’s 20th Anniversary film across on Friday 28 November celebrating two decades of our favourite death defying heroes with never seen before jaw-dropping stunts, taking the thrills and spills to an unimaginable level. If you’re a Crusty fan this is definitely an unmissable cinematic event.

Dana Brown’s ON ANY SUNDAY – THE NEXT CHAPTER (Dust to Glory, Step into Liquid)  will screen Saturday 29 November then close the festival in style with an ENCORE screening Sunday 30 November enthralling those who love the motorcycle in all its forms, from FMX to Café Racers.  This highly anticipated follow up to his father, Bruce Brown’s 1971 Academy Award nominated film On Any Sunday, provides a modern day homage to the joy of riding and the appeal and allure of the motorcycle starring riders from all walks of life including MotoGP stars Robbie Maddison,  to actors Scott Caan, Mickey Rourke, Bo Derek and many more.

TILT 2014 Film Festival Director, Michael Lawrence says;
“TILT 2014 has been curated to not only keep thrill-seeking audiences on the edge of their seats, but give audiences stories that celebrate mate ship, courage, self-belief, the strength of the human spirit whilst revering the incredible untamed power and raw beauty of our world’s most untouched far-flung locations”