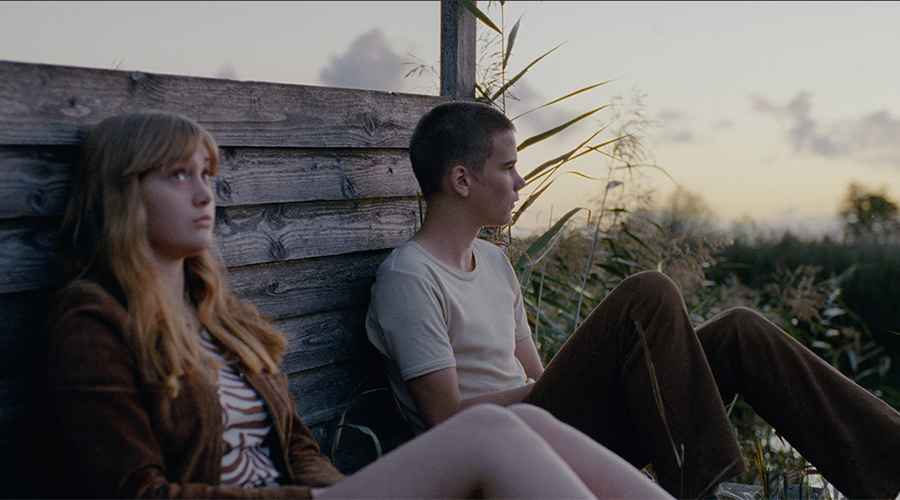 Opening the festival is UNDER THE TREE, a very dark comedy from Icelandic writer-director Hafsteinn Gunnar Sigurdsson. The shade from a front-yard tree sees the already simmering tensions between two families come to the boil in an astute observation of suburban mores.

Mid-way through the 20-day festival will be special event screenings of AMATEURS, winner of the 2018 Göteborg Film Festival award for Best Nordic Film. The comedy from director Gabriela Pichler hints at the changing face of Sweden as two high school girls use mobiles and selfie-sticks to create a promotional video for their town. This screening will be accompanied by a Swedish cocktail on arrival.

Other films in the program include:
Winner of Best Screenplay and Best Actress at the Danish Academy Awards (Robert Festival), A HORRIBLE WOMAN is a provocative drama/comedy that cleverly explores a dysfunctional relationship from the man’s point of view from the writer/director of Parents (Scandi FF 2016), Christian Tafdrup. Also from DENMARK, comes; DARLING, a captivating film with a superb Danica Curcic in the lead, the film follows a world-renowned ballerina caught up in a love triangle while preparing for a new production of Giselle; two awkward European entrepreneurs set out on a business venture to try and make their fortune in China’s lucrative pet industry in THE SAINT BERNARD SYNDICATE; in the wry comedy WORD OF GOD starring Søren Malling, changes threaten the peace in a 1980s suburban Danish household; inspired by true events, WHILE WE LIVE is the Danish Academy Award nominated drama from Mehdi Avaz which follows four people in Northern Denmark and how their fates intertwine after a tragic accident; and multi-award winning drama and winner of Best Film at the 2018 Danish Academy Awards, WINTER BROTHERS follows two brothers whose routines, habits, and rituals are ruptured by a violent feud with a neighbouring family.

From FINLAND comes breakout SXSW hit comedy HEAVY TRIP in which a young man tries to overcome his fears by leading his small-town Finland heavy metal band to a massive music festival in Norway. And in LAW OF THE LAND by first time feature filmmaker Jussi Hiltunen, a retiring policeman gets caught up between his two sons trying to kill each other in this remote western thriller.

ICELAND’s offerings include THE SWAN, a 7-time Icelandic Academy Award (Edda) nominated drama in which a young girl is sent to mature and work on a farm after shoplifting, but there finds herself deeply entangled in an adult drama and opening night selection UNDER THE TREE.

From NORWAY comes the harrowing drama depicting the 2011 attack on Utøya island U – JULY 22. Erik Poppe, the award-winning director of The King’s Choice, crafts a heart-breaking yet compelling re-telling of this real life tragedy filmed entirely in one take; critically acclaimed hit at the Toronto International Film Festival, VALLEY OF SHADOWS is a Gothic mystery that follows a young boy who leaves his remote Norwegian village and ventures into the forest; And supernatural coming-of-age drama, THELMA follows a student who moves to Oslo where she discovers that she has terrifying powers. Directed by Joachim Trier, the film was selected as Norway’s foreign-language Oscar entry.

SWEDEN brings strong titles including; winner of Un Certain Regard at the 2018 Cannes Film Festival BORDER which tells the story of customs border patrol officer Tina, and a mysterious traveller that upends her world; set in 1970s Sweden RAVENS, is a powerful coming of age story about a young teenager, Klas who dreams of escaping the harsh life on the farm eked out by his parents and generations before them; the astonishing rise to fame in the 1970s of singer Ted Gärdestad is chronicled in the music-filled biopic A MOON OF MY OWN, from the director of A Man Called Ove (Scandi FF 2016); the early life of much-loved children’s writer Astrid Lindgren is explored in heartfelt drama BECOMING ASTRID by Pernille Fischer Christensen; in THE REAL ESTATE, after a life of decadence financed by her father, 68-year-old Nojet inherits an apartment building in downtown Stockholm, but what appears to be a cash cow is in fact a curse; and to celebrate the 100th anniversary of Ingmar Bergman’s birth the festival will be screening BERGMAN REVISITED a curated selection of six short films inspired by Bergman’s universe and made by some of Sweden’s most prominent directors including Tomas Alfredson.